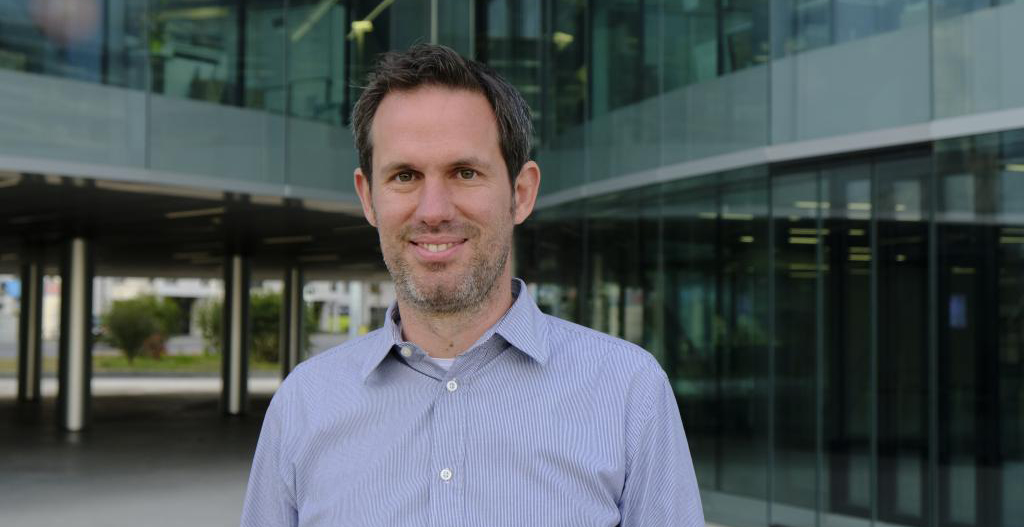 In 2018 the Max Planck Society established the Max Planck-Cambridge Prize for International Law (MaxCamPIL), a research prize awarded jointly by the Max Planck Institute for Comparative Public Law and International Law (MPIL) and the Lauterpacht Centre for International Law (LCIL) at the University of Cambridge. The MaxCamPIL aims at highlighting the relevance of fundamental research in the field of international law in a phase of reconfiguration of the global order. Its goal is to identify an outstanding mid-career legal scholar whose contributions to the study of international law have enriched the field and are likely to continue and develop further. It is also intended to highlight her/his scholarship, support her/his future work, and to provide a model of academic excellence, especially for younger scholars. In the first edition the Prize Committee, chaired by Professors Anne Peters and Eyal Benvenisti and made up of three postdoctoral researchers from each awarding institution, conferred the Prize to Professor Nico Krisch, following the application of criteria of excellence. The Committee was impressed by the originality, rigour and broad range of his research, including original and field-defining contributions to the study of structural issues of international law, authority in global administrative law and questions of constitutional theory. Professor Krisch has made significant theoretical contributions to our understanding of governance beyond the state. It is therefore with great pleasure that the Völkerrechtsblog publishes the interview with Nico Krisch given on the occasion of the awarding ceremony, which took place on 15 November 2019 in Heidelberg.

Today, it is my great pleasure to present the inaugural Max Planck-Cambridge Prize for International Law to Nico Krisch, Professor of International Law and Co-Director of the Global Governance Centre at the Graduate Institute for International and Development Studies. The Prize will be awarded biennially to a mid-career scholar, who has not only made an outstanding contribution to the study of international law, but also is likely to continue on that same trajectory. Thus, the Prize simultaneously seeks to illuminate the value of the winner’s existing work and to support his or her future endeavours in the field.

The Prize Committee, chaired by Professor Anne Peters and myself, and based on the recommendations of a joint group of younger scholars, selected the prize-winner unanimously. We were impressed with the originality and rigour of Professor Krisch’s research, including his innovative and influential contributions to the understanding of the legal and political challenges of governance beyond the state. Today I am delighted to offer you a glimpse of Professor Krisch’s scholarship that I hope will explain our enthusiasm.

Krisch’s sensitivity to the symbiotic relationship between law, power, and legitimacy has already become apparent in an early, significant publication of his, (“International law in times of hegemony: unequal power and the shaping of the international legal order” (2005)) where he observes that

This ss a profound observation. Legitimacy is the necessary element that law offers for promoting but also restraining power. It is when law loses legitimacy that the raw, arbitrary power behind the law is exposed. No wonder that Krisch has continued to explore the possible sources for law’s legitimacy.

In another prominent article of his (“The Decay of Consent: International Law in an Age of Global Public Goods” 2014) Krisch observes that consent as a legitimising tool in the international legal order is increasingly incapable of providing much-needed solutions for the challenges of a globalized world; as countries become ever more interdependent and vulnerable to global challenges, an order that safeguards states’ freedoms at the cost of common policies is often seen as anachronistic. According to this view, what is needed—and what we are likely to see—is a turn to nonconsensual lawmaking mechanisms, especially through powerful international institutions with majoritarian voting rules. The article is primarily descriptive and does not set out to offer either a rigorous explanation or a normative assessment of this turn toward nonconsensual structures in international lawmaking. But Krisch does suggest that the trend “reflects the fact that the need for greater cooperation [at the global level] . . . is not always, or not even typically, satisfied by international law.” It also gives voice to the concern that the move to informal institutions “point[s] in the direction of more hierarchical forms of governance” that increasingly cater to a small number of powerful states, rather than to the traditional, broad, consent-based order.

This article exposes the limits of the legitimatising function of concepts such as accountability of global bodies and of state consent. As George Downs and I wrote in response, “we believe that consent was never a major impediment to the dominant powerful states that could manipulate the global archipelago of treaty regimes to their benefit, relegating consent to a mere formal legitimating tool of submission to power.”

His book, Beyond Constitutionalism: The Pluralist Structure of Postnational Law (2010), has received the Certificate of Merit of the American Society of International Law, and is aptly described by Gregory Schaffer as a “tour de force” that “demands reading and reflection.” The book attracted a significant number of reviews that invariably praise it. In reviewing the text, Samantha Besson commends the author not only for providing “a very complete and detailed mapping of the literature in different languages and from different disciplines,” but also for developing “his own proposal for how best to understand legal pluralism.”

In Beyond Constitutionalism, Krisch provides a vision for legal frameworks that might offer restraints on power and hence legitimacy to government. This is a thought-provoking text, in which the author proposes that we have entered a post-national legal order where national and international law are not distinct realms and invites the reader to think “in unconventional terms” about the structure of global governance.

Krisch identifies the simultaneous challenge to both the domestic constitutional legal order and to the international order. He observes, but also offers, prediction about their future interaction: “both constitutionalism and international law have come under heavy pressure and are unlikely to survive in their classical form. In both cases, this has to do with their own success and the success of the respective other. Constitutionalism is struggling because international law and global governance have become increasingly effective, thus removing key issues from the reach of national constitutions and domestic political processes. International law, on the other hand, experiences problems because its thin, consent-oriented legitimacy base no longer appears adequate to the task. Now that international law has grown in importance, it is seen as overly formalistic and undemocratic, and a thicker, more substantive foundation seems called for. Constitutionalism stands ready to fill this gap, but to many, it appears as unsuited for this expansion and also as too emblematic of a particular political tradition.”

The challenge is indeed momentous, as can be seen from the events unfolding since 2016 in the UK, US, Central Europe and indeed, the rest of the world. Perhaps envisioning the post-Trumpist era, that may or mey not be around the corner, Krisch describes an emerging postnational order. He writes (p.4): “The classical distinction between domestic and international spheres is increasingly blurred, with a multitude of formal and informal connections taking the place of what once were relatively clear rules and categories. … the national sphere retains importance, but it is not longer the paradigmatic anchor of the whole order.”

Krisch then considers three structural responses for legal ordering in this post-national context: 1) containment of the international order through reinvigorating oversight by national political and constitutional processes; 2) transfer to regional and global levels of domestic concepts such as constitutionalism and democracy; and 3) break through ‘eschew[ing] constitutionalism’s emphasis on law and hierarchy’ for ‘more pluralist models, which would leave greater space for politics in the heterarchical interplay of orders.”(see pp 14–17). Krisch advocates for the last approach – a break – in contrast to a global constitutional one based on a common normative framework and clear allocations of authority.

According to Krisch, “Pluralism, unlike constitutionalism, does not need to decide hierarchies between them; it can grant them space for competition, mutual accommodation, and perhaps eventual settlement. Pluralism’s institutional openness thus corresponds with the openness and fluidity of postnational society in a way that constitutionalism, tailored to less heterogenous societies, does not.” P 26

I have a lot to say in support of this pluralist approach, to which I, together with my late friend George Downs, offered the vision of an emergent system of global checks and balances which benefits, rather than suffers, from the lack of a strict hierarchical structure. Indeed, the simultaneous challenge to both the domestic constitutional legal order and to the international order does not necessarily portend competition for primacy, a sort of a zero sum game between the legal spheres, but rather offers an opportunity to form more accountable domestic/global governance mechanisms to rein in power both at the domestic and the global levels.

While international law has indeed “become increasingly effective, thus removing key issues from the reach of national constitutions and domestic political processes” at the same time the regulation at the regional or global level has actually empowered national courts internally, vis-à-vis their respective political branches. This has recently been quite dramatically demonstrated in the UK with the Miller I & II judgments, and in the Global North and South with courts invoking the emerging climate law to impose constraints on passive lawmakers. Viewed transnationally, the challenge Krisch identifies may well be an invitation to closer cooperation between national and supranational review mechanisms, and to legitimise restraints on executive power.

As I tried to show, through his quality scholarship, Professor Krisch has demonstrated his willingness, indeed courage, to enter the fray of scholarly debate on international law. He has done so with a sense of honesty and humility. Recognizing the complexity and ever evolving nature of the structure of global governance, he stressed that his book “does not pretend to have conclusive answers to these big, open questions or to present a comprehensive proposal for the future development of post-national politics and law. If anything, it claims to clarify the challenge we are facing and some of the key choices that lie ahead.”[1]

Professor Krisch’s work is distinguished by his willingness to traverse the bridge between theory and practice in international law, as well as between law and power, by not only identifying and theorising problems, not only offering disparaging critique, but also by responsibly exploring and developing potential solutions.

As the Prize guidelines state: “The aim of the MaxCamPIL is to identify an outstanding mid-career international legal scholar whose seminal contributions to the study of international law have enriched the field and are likely to continue in the future. The aim is also to highlight his/her scholarship, support his/her future work, and to provide a model for academic excellence for younger scholars.” I hope that my remarks managed to convey how apt it is to award the inaugural prize to Professor Krisch.

I understand that Professor Krisch completed his PhD in law at the University of Heidelberg. With the presentation of the Max Planck-Cambridge Prize today, there is a touch of poetic symmetry that we congregate in that same city to recognize the success of his scholarship in the subsequent years. Congratulations Nico, and we look forward to both reading and reflecting on your contributions to the study of international law for many years to come.