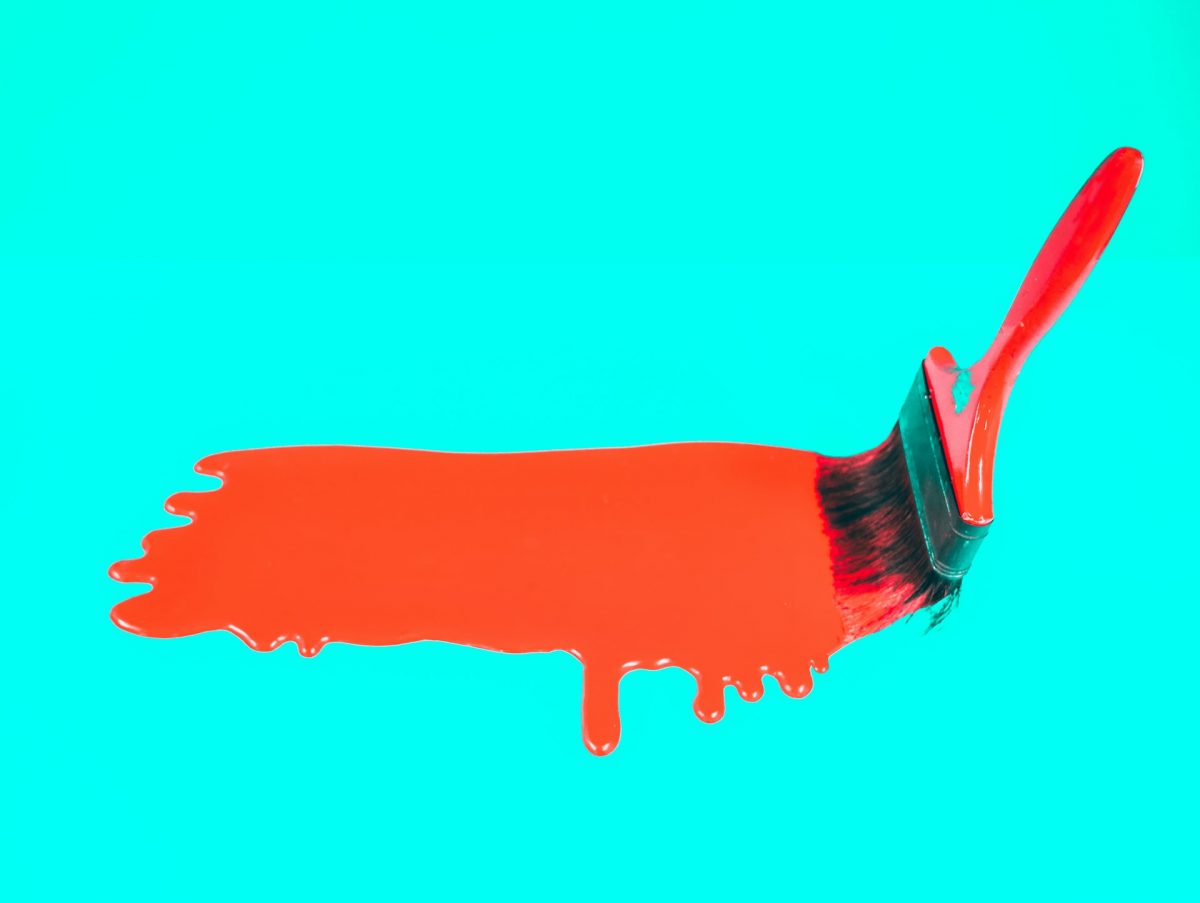 Photo by JOSHUA COLEMAN on Unsplash.

… or Painting with a Broad Brush

On 19 December 2005, the International Court of Justice (ICJ or Court) handed down its judgment in the case of the Democratic Republic of the Congo (DRC) v Uganda (Judgment). The Judgment concluded the merits phase of a six-year-long litigation that concerned violations of international law by acts of “armed aggression” perpetrated by Uganda against the DRC. In that Judgment, the Court found that several breaches of international law had occurred, including a “grave violation of the prohibition on the use of force expressed in Article 2, paragraph 4, of the United Nations Charter“. At that time, the Court left it to the parties to conduct negotiations regarding the quantum of damages. However, when the negotiations proved unfruitful, it ultimately became the ICJ’s responsibility to decide on the appropriate amount. The Court’s decision was rendered on 9 February 2022, ordering Uganda to pay damages totalling over USD 325,000,000.

The ICJ awarded damages in the form of a “global sum”, invoking a special doctrine for awarding compensation. The global sum is an approximate sum of damages a court may award by softening the rules of causation in order to protect the rights of a claimant where it is warranted by the ideal of fairness. This note argues that the global sum principle offers a flexible, holistic view in calculating damages when a claimant faces serious evidentiary difficulties. This is certainly a welcome approach, especially in cases involving human rights abuses, as it offers a viable equitable remedy for claimants that otherwise would not receive compensation for the wrongs committed against them.

Under domestic legal systems, the principal function of awarding damages is compensation, meaning that the law aims to restore the claimant to the position it would have been in but for the respondent’s wrongful actions. To receive compensation, a claimant must establish inter alia a causal connection between the respondent’s wrong and the harm suffered. But that principle is not absolute. In some instances, the quantification of harm is subject to considerable limits as to the degree of certainty and precision that can be expected. Damage actions anchored in competition law breaches are a prominent example. Whereas most civil law jurisdictions allow a global assessment of losses under conditions defined by statute, English courts developed the “broad brush principle” within the paradigm of equity. The origin of the doctrine lies in jurisprudence where judges, paying heed to fairness towards the claimant, chipped away at the rigidity of causal rules (London Borough of Merton).

Since the global sum exercise involves an assessment of the perceived or potential cumulatively effect of the harm suffered, the method is, by its nature, imprecise and the outcome may not accurately reflect the value of the actual harm. The approach has thus been criticised for giving rise to too much uncertainty and for being overly claimant friendly. But the principle underlying the global sum principle is compelling: courts should not “allow an unreasonable insistence on precision to defeat the justice of compensating a claimant for infringement of his rights” (ASDA Stores Ltd v Mastercard Inc, para 306).

The Global Sum Principle in International Law: DRC v Uganda and Beyond

Equity and the proposition that forensic difficulties to prove the exact sum of its loss is not a bar to recovery also informed the ICJ’s Judgment in DRC v Uganda. The case tells the story of a complex set of harmful events where the specific interplay between these events and the resulting harm is an evidentiary conundrum. As appositely noted by the ICJ, the source of the dispute was a complex and chaotic armed conflict where harm can be attributed both to state-led and individual militant groups thus posing significant evidentiary hurdles that were only exacerbated by the passage of time. The Court held that, while claimants are ordinarily required to demonstrate a causal link between the wrongful act and the injury sustained (Judgment, para 93), uncertainty arising out of a similar set of circumstances that culminate in international wrongs must not bar an award for reparations (Judgment, para 106). In such circumstances, the Court may make an award in the form of a “global sum” that represents an amount calculated based on the “range of possibilities indicated by evidence” and considerations of fairness and equity (see Judgment above). The main idea being that causal requirements are adjusted, and evidentiary defects are remedied by taking into consideration the gravity and extent of the harm caused and the event that gave rise to evidentiary issues (Judgment, para 93).

The award of global damages is exceptional, but not unprecedented. One notable example is the case of Costa Rica v Nicaragua. In that case, the ICJ had to grapple with the issue of finding an appropriate methodology to evaluate the extent of the ecological harm suffered and express it in monetary terms. In the end, the Court awarded global damages, noting that this approach may be appropriate where the respondent is much better placed to establish causation, thus highlighting another equitable consideration that informs judgments for global damages. To a similar effect, the global sum approach has been applied in the field of investment law. In this regard, the case of Pey Casado is an example for investment law disputes that gave rise to global damages. Pey Casado was an ICSID arbitration initiated under the Chile-Spain BIT that concerned wrongs committed by Pinochet’s regime, specifically the wrongful expropriation of the claimant’s newspaper enterprise. The Tribunal awarded global damages, in no small part because the wrongs were committed decades ago. The tribunal was also explicit on the point that an award for global damages meant not just a way to overcome evidentiary difficulties, but also a way to conserve resources that would otherwise be spent on expert testimony (see Pey Casado). This highlights another practical consideration for why broad brush damages may be awarded by tribunals: costs saving.

The ICJ Judgment in DRC v Uganda is a welcome confirmation that fairness and equitable principles justify an award in global damages. A claimant’s rights are to be protected and they should not be allowed to be defeated by forensic defects – especially if the respondent’s actions have contributed to the uncertainty. This principle is equally valid when faced with composite acts, where the overall extent of the harm may be appreciated but the interaction between specific wrongs committed is such that individual connections may not be established. Of course, these considerations must be weighed against the respondent’s rights to transparent decision-making, and the flexibility afforded to causal rules must be adjusted depending on the gravity of the harm committed and the specific circumstances of each case. A global sum award therefore requires a careful balancing exercise between maintaining procedural fairness for a respondent (a respondent must be clear in terms of the case he must answer) and protecting the claimant’s rights.

However, there may also be some concerns to be raised in relation to this method. To circle back to the DRC case, there the global sum awarded by the ICJ was just around 3% of the amount claimed by DRC. While the court awarded compensation in form of a global sum to circumvent evidentiary difficulties, the result of this flexible approach was to award compensation that was significantly lower than what the claimant was seeking. The case of Lupsa v Romania further evidences this point. That case concerned a claim for damages arising out of the wrongful deportation of a businessman from Romania. The ECtHR was faced with the difficulty of quantifying the loss that arose out of Mr Lupsa’s inability to continue developing his business. The ECtHR made an award covering all heads of damage on an equitable basis (Lupsa v Romania, paras. 70-72); but Mr Lupsa only received around 5,54% (see Lupsa v Romania, paras. 67-72) of his original claim. This was yet another case in which the claimant received compensation, but the amount of the compensation seems low compared to the harms suffered. Critically, the Lupsa case also offers little explanation as to how the amount of the global sum was assessed which may give rise to uncertainty regarding the fairness of the award.

Examples for global sum awards can be found across domestic laws and public international law. An award of global damages is widely regarded as a function of equity, which is important considering the nature of the remedy. In addition, there are also very strong practical reasons for making a global award, including saving costs, speeding up proceedings, and offering solutions to situations where a particular type of uncertainty is the norm. The global sum principle is a practical tool and an especially potent remedy for human rights cases or cases involving composite acts. But in applying the global sums to overcome forensic difficulties, courts must pay heed to rationalise the sum they award, ensuring a transparent and reasoned decision-making. In the Lupsa case, the ECtHR did not sufficiently rationalise the sum awarded, merely pointing out that its decision “[has] regard to all the evidence in its possession” (Lupsa v Romania, para. 72). This contrasts with the detailed reasoning of the ICJ in the Costa Rica v Nicaragua case and the DRC case. While the ICJ awarded compensation that was significantly lower than what the claimant was seeking in the DRC case, the Judgement carefully engaged with reports submitted by the Court-appointed experts, reports of the United Nations and other national or international bodies. Such detailed reasoning is essential to the global sum principle, otherwise its viability may be called into question. 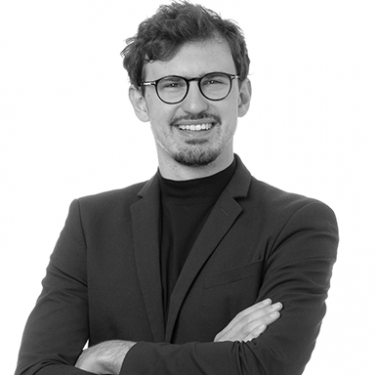 Sebastian is an attorney at Schoenherr Vienna, specialising in international arbitration, public international law, and EU law. Sebastian graduated from the University of Oxford (MJur), where he was awarded the Winter Williams Prize in International Economic Law, and the Clifford Chance Award (Proxime Accessit) for the Second Best Performance in the MJur. 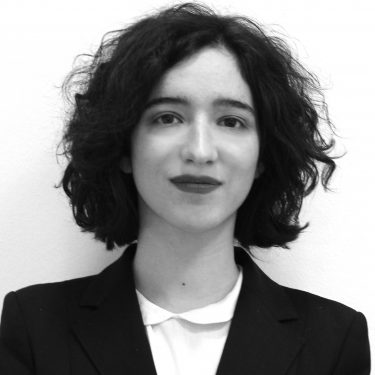 Lili Hanna Feher completed an LLB degree at University College London in 2021 and is currently an LLM candidate in International Business Law at the Central European University and a paralegal at the dispute resolution practice group of Schoenherr Attorneys at Law.