Why the Philippines did not, and will not, ratify the Convention on Enforced Disappearances

Ten years have passed since the entry into force of the International Convention for the Protection of All Persons from Enforced Disappearance (ICPPED or the Convention). It seems to be only yesterday when organizations of families of the disappeared from various continents participated in the drafting and negotiation process for a legally binding convention from 2002-2005 at the UN in Geneva. A landmark victory for families of the disappeared and all the disappeared worldwide, this important international human rights treaty states, among other pro-victims provisions, the right to the truth and the non-derogable right not to be subjected to enforced disappearance.

The Philippines and the Convention

However, the role of the Philippines in this process has been rather inglorious. It did not support the elaboration of the Convention during the three-year negotiation process and questioned the definition of enforced disappearance before the UN General Assembly in December 2006. Its continuing refusal to ratify the Convention is a huge loss for all victims of enforced disappearances, from the Marcos period until the succeeding administrations of Corazon Aquino; Fidel Ramos; Joseph Estrada; Gloria Macapagal-Arroyo, and the present Rodrigo Duterte government.

Why is it that the Philippines, which is a party to all the other international core human rights treaties, has refused and continues to refuse to sign and ratify this remaining human rights treaty that it is not a party to? The Convention could have complemented its already existing domestic legislation against enforced disappearances.

While the Convention remains unratified, eight years ago President Benigno Aquino lll signed the Philippine 2012 Anti-Enforced or Involuntary Disappearance Act (Republic Act 10353) whose provisions complement with those of the Convention. This “landmark law” turned the Philippines into a pioneer: being the first country in Asia to make the practice of disappearances punishable.

Yet, notwithstanding the existence of a domestic law, cases of enforced disappearances remain unresolved and continue unabated, with many undocumented drug-related cases occurring during the present Duterte administration.

The reasons for this weak implementation are manifold. There is an utter lack of political will on the part of the government to implement the Constitution, which consists to a major part of the bill of rights. Instead of being facilitators of the implementation of laws, members of the security forces are presently utilized to implement the war on drugs that is causing a huge number of transgressions of human rights. This reality unfortunately, does not raise the eyebrows of the general public.

With due credit to organizations working on enforced disappearances, which are exerting efforts to disseminate the content and value of the 2012 Anti-Enforced Disappearance Law, implementors of the law are not serious to impose its implementation.

Certainly, the legal basis for the protection of human rights in the Philippines is in theory quite advanced, however, in practice these laws are not implemented. As an example, since the enactment into law in November 2019 of the Republic Act 9745 or An Act Penalizing Torture and Other Cruel, Inhuman and Degrading Treatment or Punishment and Prescribing Penalties, only one case of torture has been filed. Hence, torture cases continue, including pandemic-related ones.

The creation of bodies to resolve human rights violations, such as for example, a fact-finding committee (Memorandum Order No. 88), the ‘Task Force on Disappearance’ during the Ramos administration and an Inter-Agency Committee (Administrative Order No. 35, s. 2012) started well but did not function. The first one just died a natural death and the second continues to exist in paper but is not responding to resolve the continuing cases and prevent future ones from happening.

Under the present Duterte administration, as it is known internationally, human rights are seen as a factor of disturbance. This was manifested in various anti-human rights pronouncements of the president especially during his State of the Nation Addresses. The president even threatened to give a budget of 1000 pesos (which equates to $20) to the Philippine Commission on Human Rights, which was tantamount to abolishing this constitutional body.

The very causes of human rights violations, including enforced disappearances, such as poverty and social injustice remain to be uprooted. As long as these roots of violations are not addressed, human rights will remain a hollow byword.

Impediments to the signing and ratification of the Convention

Through more than 30 years of activism as well as through academic research, I have identified several obstacles for the signing and the ratification of the Convention by the Philippines. These can be categorized into two main clusters, the fear of increasing external influence – and therefore a loss of sovereignty – on the one hand, and a general lack of pressure by the public on the Philippine institutions, which remain reluctant in the fight against enforced disappearances, on the other. Addressing the latter means tackling the general low level of public knowledge and understanding on human rights which marginalizes the issue instead of treating it as societal concern.

Regarding the first cluster, part of fearing the loss of sovereignty through a binding instrument like the Convention is also the possibility for the president of the country to be made liable, since s/he is the Commander-in-Chief of the Armed Forces of the Philippines and fear of the heavy burden imposed on the state. Also, since other states in the region have not ratified the Convention either, the Philippines does not want to be the only one exposed to the framework of scrutiny while other regional states are not. However, the ratification of other human rights instruments shows that this can be an adequate means to respond to human rights violations. Instead of impeding sovereignty, it would lead to a more effective implementation of the Philippines’ own legislation, namely the 2012 Anti-Disappearances Act. It would also simplify extradition issues vis-à-vis extradition treaties with other states, showing that the Philippines is a worthy state party, respecting human rights, to these treaties.

What is evident is that the fear of international scrutiny, its absence of human rights commitment, its continuing pursuance of the war on drugs and the war on terrorism result in the loss of thousands of lives, including human rights defenders. It is sad to note, too, that human rights organizations are not homogenous on key provisions of the treaty, the most basic of which is the issue on non-state actors.

One of the founders of the United Nations, the Philippines is supposed to be a model in Southeast Asia in terms of the promotion, protection and defense of human rights. Yet on the contrary, developments at the United Nations speak that it is under microscope for its culture of impunity. Such culture manifests in the unresolved and continuing cases of enforced disappearances, thousands of drug-related extrajudicial killings, pandemic-related human rights violations and persecution of human rights defenders, etc. 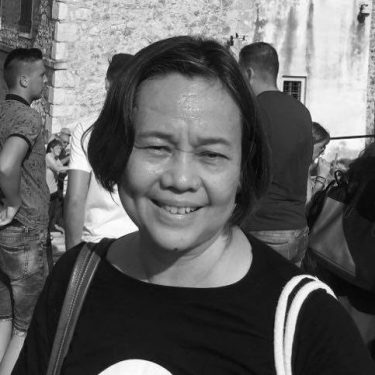 Mary Aileen D. Bacalso is currently the president of the International Coalition Against Enforced Disappearances (ICAED), a coalition of 58 NGOs in the fight against enforced disappearances. For her work against enforced disappearances, she received the 2013 Emilio F. Mignone International Human Rights Prize conferred by the Ministry of Foreign Affairs of Argentina and the 2019 Franco-German Ministerial Prize for Human Rights and the Rule of Law.