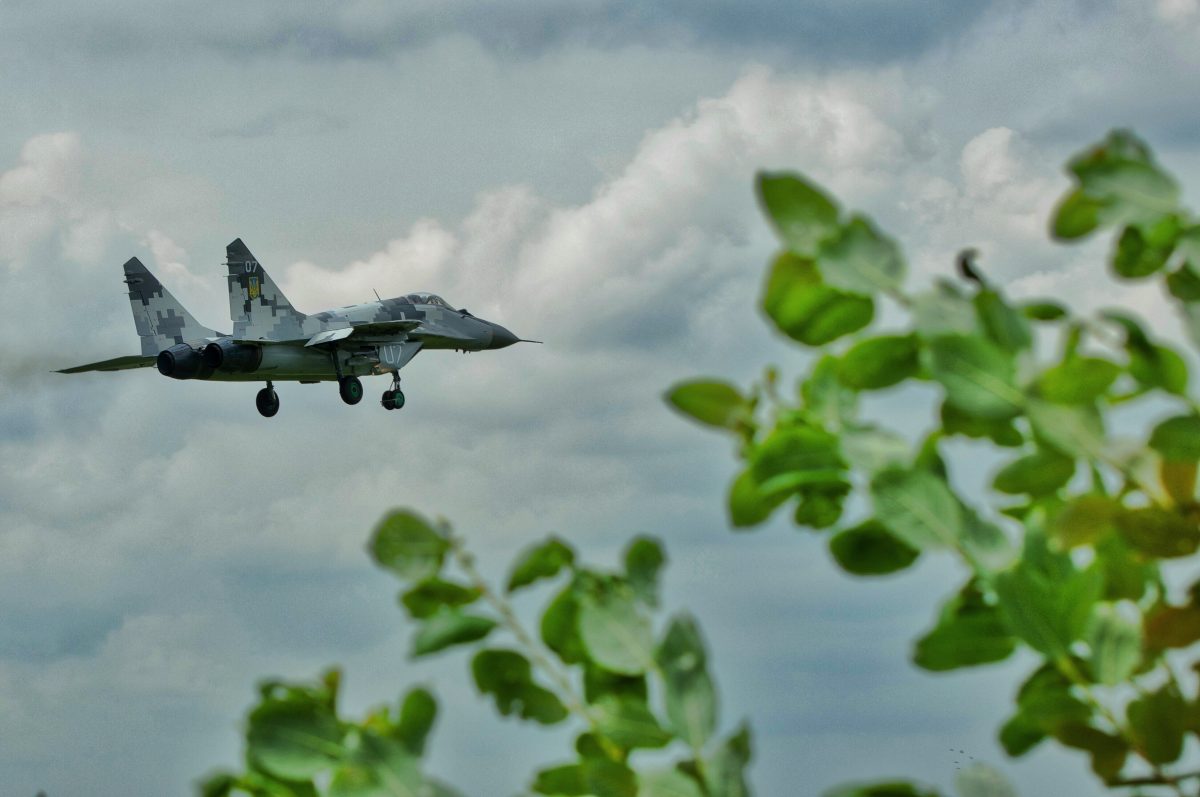 Photo by Artur Voznenko on Unsplash.

The Death of the Prohibition on the Use of Force

An Attempt at Reimagination

Towards the end of 2021, Russia began a massive buildup of troops along its border with Ukraine and forecasts of a possible invasion started to circulate. Expectedly, the community of international lawyers has reacted in an all too well-known exercise of self-delusion. As practiced a hundred times before, international lawyers pointed to a possible violation of the prohibition on the threat or use of force in Article 2(4) of the UN Charter. They emphasized that Russia would possibly commit the crime of aggression if it invaded Ukraine, and they invoked states’ obligation to settle their disputes peacefully. Along the way, however, we forgot to ask one fundamental question: which role does international law play in this particular conflict and does it even matter? While this question is painful for international lawyers, I consider it essential to get a better understanding of what international law can contribute to the resolution of military conflicts. It also helps us to become aware of the many shortcomings regarding how international law deals with the use of force.

Already in 1970, Thomas Franck famously concluded, that one of modern international law’s most fundamental achievements, the prohibition on the use of force, had become practically useless. Posing the question “Who killed Article 2(4)?”, Franck argued that the UN Charter’s crown jewel was insufficient to achieve its declared goal of containing military altercations between states. He explained that the collective enforcement regime behind Article 2(4) was based on the incorrect assumption that the permanent members of the Security Council would continue their cooperation after the Second World War, presupposing that a military attack would never originate from one of the P5, because, in such a scenario, the Security Council would be unable to react. This arrangement, however, disregards the truth well-known to scholars of international relations, that wars most commonly originate from states trying to achieve or consolidate their hegemony within the international system, i.e., the super-powers. Thus, the Charter entrusted those states most likely to use force against each other with keeping it in check. Franck also argued that self-defence (Article 51 UN Charter), while conceived as a rare exception to the absolute prohibition on the use of force, had become the rule. Every state engaged in a violation of Article 2(4) claims to be acting in some sort of self-defence – an approach championed by the United States. Today, Russia is already preparing rhetorically to argue that it was acting in “self-defence” against a NATO takeover of Ukraine, as evidenced in Russia’s recent statements in the Security Council.

Another shortcoming of Article 2(4) is its presupposition of a clear-cut use of large-scale, inter-state military force. The scenario the drafters of the Charter had in mind does not exist anymore. Thus, the thresholds and terminology used in the Charter have become increasingly hard to deploy against the backdrop of low-intensity, hybrid modes of warfare. This has also caused an attribution problem which is visible in Ukraine right now. Ukraine was confronted with cyber-attacks on its governmental infrastructure, a misinformation campaign, and the alleged presence of Russian intelligence officers. While all these acts indicate the probability of some sort of action against Ukraine’s sovereignty, there is little international lawyers can do without Russia’s cooperation. We are left to condemn these actions and to admit apologetically that “[i]n essence, the basic principles of international law can only be brought to bear through negotiations, possibly accompanied by economic sanctions.” But why is international law so utterly powerless against violations of one of its most fundamental principles? And could that be changed?

The Politics of the Use of Force

A look into the politics of the use of force provides a convincing answer. Already Franck knew that “the lack of congruence between Article 2(4) and the perceived national interest of states, especially the super-Powers” is the main reason for states’ disregard of this rule. This mismatch between law and policy has led to the emergence of two parallel narratives about the use of force in international law and international relations. On the one hand, international lawyers frame the use of force in terms of Article 2(4). This approach confines our thinking into narrow categories, and we fail to understand why states use force all the time even though it has been outlawed. On the other hand, realist international relations scholars have long known that military force is just another instrument for states to advance their national interest. Already Clausewitz posited that “[…] war is not merely an act of policy but a true political instrument, a continuation of political intercourse, carried on with other means.” (Carl von Clausewitz, On War, 1976, Princeton University Press, p. 87.) Thus, as long as states consider the use of military force beneficial for their self-interest, they will use it no matter what international law says. Applied to our case, this means that as long as Russia believes that an invasion of Ukraine would advance its relative power in the international system, we are bound to witness a violation of Article 2(4).

Taking the Prohibition on the Use of Force Seriously

As disheartening as this conclusion may sound, it gives us the possibility to reimagine a more realistic way of how international law could curb the use of force by states. The solution realist thinking provides is as straightforward as the theory itself: once the consequences of using force would be so grave as to disadvantage a state’s position of power, it would abstain from using such force. Thus, if the international community was serious about outlawing the use of force, this should be reflected in the law, especially in the sanctions which would follow from a violation. In the past, states have already attempted to shift the power of determining a breach of Article 2(4) away from the UNSC and give it to a qualified majority of the General Assembly (in the spirit of the Uniting for Peace resolution). Additionally, any violation should automatically trigger peaceful sanctions – the gravity of which must be proportionate to the incidental violation of international law. Why not suspend a country from the UN for using force? What is so problematic about putting an erga omnes obligation on all UN members to sever their ties (diplomatic as well as economic) to a state disregarding such a fundamental rule? Yes, these measures are extremely harsh and would hurt the respective state and its population. But I argue, that every president or general would think twice about using force if they had to expect complete ostracization from the international community. However, applying the same realist logic, I admit, that such sanctions are only conceivable if they would be in the national interest of the rest of states. Looking at the meandering foreign policy of Germany vis-à-vis Russia, for instance, it is all but self-evident that states which claim to support a rules-based international order, would have the guts to follow through.

Many scholars have issued death certificates for Article 2(4) or diagnosed it with severe sickness (see Franck, Henkin, Glennon, Wippman). I do not share this analysis and believe that the normative claim of Article 2(4) is still shared by the overwhelming majority of the international community, as evidenced by its frequent invocation during the Security Council debate on Ukraine. No state has openly questioned that there is a universal rule against the use of force. However, keeping in mind that realist theory predicts forceful conflicts between states, international law should up its game almost 80 years after outlawing war and think about an effective enforcement mechanism. To answer the question asked at the beginning of this post, currently, international law only plays a rhetorical role in the Ukraine crisis. It merely provides states with a tool to make accusations or to justify their respective behavior. But if we took the aspirations of the Charter seriously, the prohibition on the use of force would have the potential to become a forceful tool against future conflicts.

I concede that the above ideas are an exercise of creative legal thinking and would require improbable amendments to the UN Charter. While I hope for a fruitful exchange in the commentaries, I would like to emphasize that it is our professional duty as scholars of international law to push the boundaries of legal thinking and work towards achieving the ideals enshrined in Article 1 of the Charter. After all, the Charter’s regime governing the use of force is not inevitable, but just a diplomatic compromise made over seven decades ago. Today, I encourage our professional community to think about novel solutions and innovative arrangements to seriously disincentivize states from using force. Would it not be desirable to have a collective security system in which Russia (or any other state) would need to fear such grave consequences that it would not engage in any provocations in the first place?