Crimes against humanity – a continuous concept in a changing world?

In May 2001, the French National Assembly passed the so-called Lois Taubina which retroactively decreed the colonial slave trade as a “crime against humanity”. In 2019, Pope Francis publicly called trafficking in human beings a “crime against humanity” whose commission would disfigure the victim as much as the perpetrator himself. In the same year, the International Law Commission (ILC) presented its final draft for a “Convention for the Prevention and Punishment of Crimes against Humanity” that had been prepared by several hundred legal experts over ten years.

These are just some of the more prominent examples that illustrate how at the turn to the 21st century “crimes against humanity” have developed into a global memory site which oscillates between the spheres of law, politics, science, art and the media. While a lively historical debate has emerged about the “birthplace” of the more controversial genocide concept, the trajectory of “crimes against humanity” has largely remained obscure. With the exception of a thought-provoking long essay by Norman Geras who in 2001 discussed the concept within the domain of political philosophy, legal historian Kerstin von Lingen is one of the first scholars to explore its intellectual origins, conceptualization and practical ramifications in a longue durée perspective.

Her monograph locates the concept’s point of entry in the middle of the “long” 19th century, when a theoretical debate emerged on the containment of wartime violence among legal circles of Western Europe and the United States. Both the reform ideas of the Abolitionist movement as well as the first attempts of a codification of International Humanitarian Law (IHL), reflected in the Lieber Code of 1863, the Geneva Convention signed in the same year, and the two Hague Conferences of 1899 and 1907, were starting points of a new discourse centered around the victims of military conflicts. In particular, the Martens clause of the Hague Convention proved to be a decisive step on the path to a progressive “judicialization”. Not only did it raise the concept of “humanity” from a moral to a political level, thereby paving the way to the self-reflexive legal debates of the early 20th century. In spite of their meagre results with respect to norm production, both conferences would also become focal points of public engagement in the fields of war prevention and conflict resolution. According to von Lingen, this aspect constituted a link to the various civil society initiatives of the interwar period.

Too diverse or just diverse enough?

Von Lingen’s argument that IHL unfolded in three consecutive phases of transformation (moral, political, legal) does not fully reflect the complexities of a process of cumulation, by which different layers of meaning were inscribed in the concept from the beginning, enabling its flexible use in changing contexts. Moreover, given that the “humanity” discourse was also central to the identity debates of British Liberal Imperialists, her investigation would have required a deeper engagement with this influential group of IL experts and their geopolitical visions. The new “Empire” research, for instance, has made sufficiently clear that in this discourse a selective view of the victims of war violence, preferably from the Balkans and African countries, was consistently associated with “imagined geographies” of “backwardness” and “anarchy” that could also serve as justification for military interventions. Although it is plausible to argue that the codification efforts of the late 19th and early 20th century can also be read as catalysts of a self-representing transnational public sphere, one should not overlook the great heterogeneity of groups, positions and terms. Against this backdrop, it seems questionable whether, for example, the “peace” talk of the International Women’s Federation can really be placed in the same context of genesis as “crimes against humanity” (p. 127). As recent studies on the progressivist peace movements have shown, these groups pursued a comprehensive agenda of political, economic and social reform that sat uneasily with the codifying practices and laissez-faire liberalism of international elite lawyers. Because pacifists were concerned about the social inequalities and exclusionary aspects of international security structures, their legal activism was mainly focused on the projects of arbitration, the creation of a World Court and disarmament.

Advantages of experiential history and a cross-cutting biographical perspective

The book’s second part is devoted to developments since the beginning of the Second World War. In line with current debates on the history of knowledge production in the realm of the League of Nations, the author emphasizes the connections between IHL discussions during the 1920s and the formation of an inter-allied war crimes policy dealing with so-called “Axis Criminality”. The study focuses on a small group of legal experts that so far have received only little scholarly attention. Already before the St. James Conference of 1942, the British capital had become a host for several exiled governments from Western and Eastern European countries. Moreover, it turned into a hub of vibrant intellectual debates on the updating of the laws of The Hague and Geneva which were no longer considered sufficient in the face of Nazi mass violence committed against civilians in Central Eastern and Eastern Europe.

Employing the lens of individual case studies, von Lingen’s book demonstrates the advantages of experiential history and cross-cutting biographical approaches. She draws our attention to a number of unknown scholars from Eastern Europe, Austria and Germany who – though they do not appear in any of the grand narratives of the Nuremberg IMT – understood themselves as the “avant-garde of modern international law” (p. 223). This cohort of legal experts, most of them born in the years between 1885 and 1895, was eager to resume a debate that had been stalled since the Japanese invasion of Manchuria in 1931. Despite precarious living conditions, language problems, and an unfavorable response by British politics and public opinion that changed from indifference to hostility, they could draw on their long-time professional experiences in order to provide important conceptual impulses for the nascent international criminal law.

Following the findings of Arieh Kochavi and Daniel Marc Segesser, von Lingen points to the pivotal role of expert bodies such as the Cambridge Commission, the London International Assembly and the UN War Crimes Commission. These institutions pursued, at least on a theoretical level, the goal of continuing earlier debates and transferring them into a new era, which was characterized by a universalist understanding of human rights. In addition to European and European-Jewish lawyers, there were also lawyers from the Soviet Union and China with a professional background as legal advisors at the League of Nations who were involved in these war-time discussions. Therefore, the work of these liberal internationalists was crucial for the development of “crimes against humanity” as an independent and innovative legal category already before 1945, as opposed to the more traditional “war crimes”. As von Lingen rightly points out, not only those codification efforts but also the concept’s initial definition disappeared into oblivion after the end of the Nuremberg Trials, for several decades.

The (dis)continuities of a concept

As a reader, one would have liked to get some deeper insights into how the protagonists positioned themselves towards overarching questions of the nascent global sphere. Unfortunately, the author more than once gets stuck in the reconstruction of highly specialized debates and legal-dogmatic particularities, while neglecting to analyze important underlying processes such as decolonization and the international refugee problem. The Holocaust forms a peculiar void in this investigation. The author confines herself to the statement that the punishment of the murder of the Jews was “not the original intention” of the exiled lawyers in London (p. 321). But apart from the fact that this assessment, in its sweeping nature, misses the complex realities of perception patterns and opinion-forming, it also fails to answer what motivated this restraint and to what extent we can speak of a development towards a victim-centered understanding of international law, in spite of this glaring omission.

These difficulties in finding an appropriate answer to this “breach in civilization”, as Dan Diner has called it, do not diminish the historical significance of the legal experts and their contribution to the modernization of IHL. For an adequate historical interpretation, however, it must be taken into account that the decisive breakthrough to a victim-centered international criminal law did not occur until two decades later in the course of the highly mediatized Jerusalem Eichmann Trial. In this respect, the protagonists’ continuous rhetorical references to the three pillars of the famous Martens clause (“laws of civilized nations”, “laws of humanity”, “public conscience”) did indeed represent a certain element of continuity in the jurisprudential debates of the 19th and 20th centuries. From an analytical point of view, however, it is more significant to look at the changing conjunctures of a concept which underwent striking shifts in its meaning and whose later meteoric rise was anything but predetermined.

An extended German version of this review will appear in print in the upcoming issue of “Einsicht. Bulletin des Fritz Bauer Instituts”. 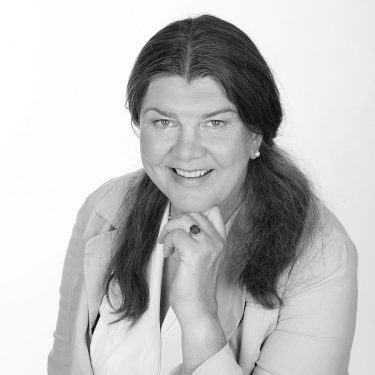 Annette Weinke is senior researcher at the Institute for History of the Friedrich Schiller University Jena.