A precursor to comprehensive perspectives on Enforced Disappearances

The jurisprudence of the Inter-American System of Human Rights

Enforced disappearance is one of the most atrocious criminal behaviours: its intention is to erase a person from his or her environment, to hide his or her whereabouts and thus cause uncertainty, pain, and despair. This crime against humanity has been and is still being committed in all regions of the world by the most diverse factors and, as an effect, sows terror, extinguishes the necessary plurality of voices in the public space and extends the damage to social fabrics weakened by inequality and violence.

From my experience as Commissioner at the Inter-American Commission of Human Rights (IACHR), these crimes have been directed against opponents of those in power or people ideologically opposed to them as the most common pattern. These horrors have also affected community leaders and human rights defenders. Furthermore, enforced disappearance has been used as a strategy to eliminate certain ethnic or social groups.

The American continent unfortunately has a history of high levels of enforced disappearances practiced in the 1970s under the military dictatorships in Argentina, Brazil, Chile, Uruguay and Paraguay. More recently, enforced disappearances were also perpetrated in a systematic and widespread manner in internal armed conflicts such as those in Guatemala, El Salvador and Colombia. Unfortunately, these crimes continue to be a reality in our region: not only because of the high level of impunity for these crimes committed in the past, but also because they continue to occur today, including in democracies.

Establishing precise figures on the number of people who are still missing in each country is not an easy task. The Commission has been attentive and active to the persistence of this phenomenon today. The absence, ineffectiveness or inadequacy of States’ public policies in this area, and in some cases the denial of the existence of the phenomenon, is of particular concern; so is the impunity, which remains the rule, rather than the exception.

Continuous nature of the crime of enforced disappearance

On countless occasions, the Inter-American system has affirmed the continuous or permanent nature of the crime of enforced disappearance (IACourtHR 1988 Velásquez Rodríguez v. Honduras, para. 155). This means that the “act of disappearance and its execution start with the deprivation of freedom of the person and the subsequent lack of information on their fate, and it continues until the whereabouts of the disappeared person are known and the facts are elucidated” (IACourtHR 2009 Radilla-Pacheco v. Mexico, para. 23). This legal classification as “continuous” crime takes into account that the effects of the disappearance, such as the suffering and anxiety – both for the disappeared persons and for their relatives – continue as long as the fate of disappeared is unknown (IACourtHR 2014 Rochac Hernández y otros v.ElSalvador, para. 158). Consequently, the correlative duty of investigating and, eventually, sanctioning those responsible, is not limited intime, but continues for the duration of the disappearance.

Right to an investigation into the incidence of enforced disappearance

The inter-American system has recognized a right of the families of disappeared persons to certain judicial guarantees, such as an effective investigation into the disappearance of their loved one (IACourtHR 1998 Blake v Guatemala, para. 97). This investigation must be initiated “ex officio, without delay, and in a serious, impartial and effective manner” (IACourtHR 2009 Radilla Pacheco v. Mexico, para. 143), whenever there are grounds for suspecting that a person has been disappeared. According to the I/A Court H.R., this obligation to an investigation has reached the status of jus cogensin international law (e.g IACourt 2014 Rochac Hernández y otros v. El Salvador, para. 92).

State actions must be adopted with clear and concrete strategies, establishing coordination mechanisms between the different State bodies and institutions with investigative powers and the creation and updating of a database on missing victims, in particular women, children and adoles­cents (e.g IACourtHR 2014 Rochac Hernández v El Salvador, para. 189).

In this context, I stress that States should conduct searches under the presumption that the victim is alive. And, in this sense, all efforts must be made to put an end to of the on-going human rights violation.

Right to search of disappeared persons

In addition to the obligation to investigate the facts, the inter-American system has also underlined on countless occasions the obligation of states to search for the whereabouts of the disappeared person (IACourtHR 2008 Ticona Estrada et al v Bolivia, para. 80)

In order to conduct an effective search, states must draw up protocols of action to undertake the searches using an interdisciplinary approach (IACourtHR, 2014 Rochac Hernández v El Salvador, para. 189). The participation of family members must be guaranteed throughout the search process (e.g. IACourtHR 2006 Case of the Massacre of Pueblo Bello, para. 143), which is a central aspect of the process of searching for victims of enforced disappearance.

The effective search for truth is the responsibility of the State, and thus cannot depend on the “procedural initiative of the victim” or their relatives (IACHR 2014 Report The Right to Truth in the Americas, para. 80). Without prejudice to the above, states must guarantee that the participation or involvement of family members serves to provide access to justice, knowledge of the truth of what happened and fair reparation.

Returning the remains of disappeared persons

If the disappeared person is found to be dead, States have the obligation to return the mortal remains of the victims found to their relatives in a dignified manner, after reliable verification of their identity, as soon as possible and at no cost to them (e.g. IACourtHR 2002 Bámaca-Velásquez v. Guatemala, para. 82). States must also cover the funeral expenses, if necessary, in agreement with the relatives (e.g. IACourtHR 2006 Goiburú et al v. Paraguay, para. 172) .

States must ensure that the relevant authorities charged with the search have all the necessary means to investigate effectively and with due diligence (e.g. IACourtHR 2005 Serrano-Cruz Sisters v. El Salvador, para. 181). This means that they must have the logistical and scientific, as well as adequate human and technical, resources to determine the fate of the victim, locate him or her and confirm his or her identity.

Observing the recent developments in the implementation and regulations on the American continent, the Commission notes a positive trend towards the recognition of the obligation to search for persons as an autonomous obligation. This recognition transcends in the character of the criminal investigations.

In view of future challenges, the Commission encourage States to strengthen the competent administrative and judicial entities and mechanisms. This will enable them to carry out the relevant investigations in a systematic and rigorous manner. In particular, the Commission noticed the efforts made by the Offices dedicated to the search for missing persons in Colombia, El Salvador, Mexico and Peru.

As Rapporteur on Memory, Truth and Justice, I reaffirm the commitment and willingness of the Inter-American Commission to provide the necessary technical support to States in the fulfilment of their international obligations aimed at the prevention, investigation and punishment of the practice of this grave human rights violation, to which it will continue to provide follow-up.

The author of this contribution expresses her opinions in personal capacity. Any views expressed are not representing the institution or organisation that the author may be associated with.

Cite as
Antonia Urrejola Noguera, A precursor to comprehensive perspectives on Enforced Disappearances: The jurisprudence of the Inter-American System of Human Rights, Völkerrechtsblog, 14.12.2020, doi: 10.17176/20210107-182742-0.
Author 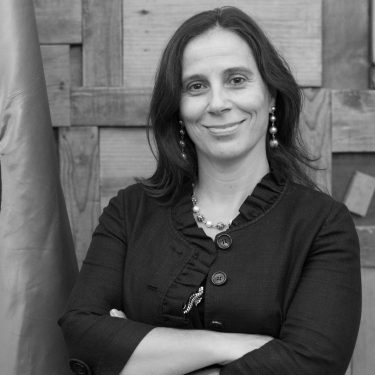 Antonia Urrejola is Commissioner for the Inter-American Commission for Human Rights (IACHR) and serves as Rapporteur of Memory, Truth, and Justice. Previously, she has worked in the Chilean government, within the OAS and as a consultant for international organizations including the UNDP, the ILO, FLACSO, JSCA, and IDB. In her research and practice, she has focused on the rights of Indigenous Peoples and on human rights standards on memory, truth, and justice.