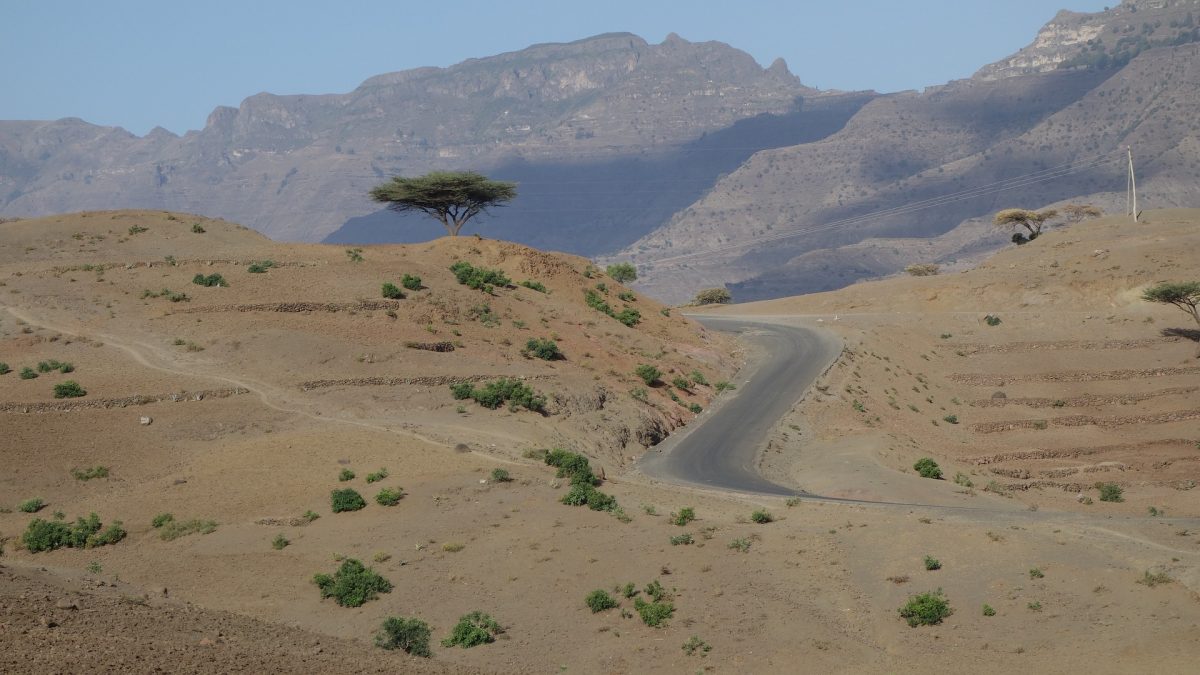 In November 2020, tensions between Ethiopia’s northern Tigray region and the Ethiopian and Eritrean governments erupted into violent conflict, which is currently ongoing. The UN High Commissioner for Human Rights noted on March 4th that a preliminary analysis of the situation in Tigray points to possible war crimes and crimes against humanity by Ethiopian and Eritrean troops and militias. US Secretary of State Antony Blinken spoke of “acts of ethnic cleansing”. This post analyses whether the military operation in Tigray, given what we know so far, can be considered ethnic cleansing and what this means in the framework of international criminal law, human rights and humanitarian law.

The Conflict in Tigray

The Tigray People’s Liberation Front (TPLF) government ruled over Ethiopia for 27 years. Since 2018, a new government led by Abiy Ahmed has been in place. It engaged in tensions with the TPLF on several occasions until a dispute about delayed elections brought about last year’s violent escalation. An attack by the TPLF led to the Ethiopian National Defense Force, Ethiopian Amhara militias as well as Eritrean armed forces to invade the Tigray region.

Several towns and cities in Tigray such as Humera, Shire, Mekkele and Axum were shelled and attacked by federal defense forces as well as neighboring Amhara militias and Eritrean soldiers. According to satellite images that correspond with witnesses’ assertions, mainly public and crowded places were targeted. Survivors report damaged, destroyed and looted homes, schools, businesses and hospitals. There have been extrajudicial killings and civilians trying to flee were shot. Until now, more than 100.000 Tigrayans have lost their homes, including an estimated 60.000 refugees that escaped to Sudan. Furthermore, about 4.5 million people in Tigray are struggling to find food, health care, water, and other essential services.

The extent of this humanitarian emergency and the toll – on civilians in particular – raises the question whether Secretary Blinken’s statement about the military operation containing acts of ethnic cleansing is accurate.

The Concept of Ethnic Cleansing

Numerous attempts have been made to legally delineate ethnic cleansing. In 1994, the UN Commission of Experts on Yugoslavia (the Commission) in its first Interim Report defined it as “rendering an area ethnically homogenous by using force or intimidation to remove persons of given groups from the area” and the ICJ adopted this definition in its 2007 Bosnian Genocide Judgment. The Commission referred concretely to “murder, torture, arbitrary arrest and detention, extrajudicial executions, rape and sexual assaults, confinement of civilian population in ghetto areas, forcible removal, displacement and deportation of civilian population, deliberate military attacks or threats of attacks on civilians and civilian areas, and wanton destruction of property”. Those acts were exerted in the former Yugoslavia, especially in Bosnia, and referred to as ethnic cleansing by the UN Security Council (Res. 771, 780, 808, 941) and General Assembly (Res. 46/242, 47/80). The Commission used more specific definition in its final Report, describing ethnic cleansing as “a purposeful policy designed by one ethnic or religious group to remove by violent and terror-inspiring means the civilian population of another ethnic or religious group from certain geographic areas”. This newer definition, however, has not been taken up by the ICJ.

Although often invoked in the context of international criminal law, human rights law and humanitarian law, the term appears nowhere as an independent legal element. For example, in international criminal law, what has been described as ethnic cleansing, acts committed with the aim to remove certain persons from a defined area, can form part of war crimes, crimes against humanity or genocide depending on the precise acts and context.

Tigray As a Case of Ethnic Cleansing (?)

Ethnic cleansing targets a specific group for removal from a given area, based on ethnicity, religion and other “distinguishable criteria such as race, class, nationality, as well as linguistic minorities, and indigenous people”. During its operations, the Ethiopian and Eritrean military, beyond attacking only TPLF fighters, targeted Tigrayans in general. Survivors state that Amharan soldiers and militias harassed Tigrayan-speaking civilians whereas the few Tigrayan towns of mainly Amharan population are said to have been spared. Such indicators point to discriminatory treatment based on ethnicity.

However, alongside displacement, ethnic cleansing also entails the aim to render a region ethnically homogenous. In terms of numbers and temporal scale, extrajudicial killings, and shelling of civilian areas in Tigray were sufficient to achieve such aim. Given the atmosphere of terror created and fueled by additional acts such as looting homes and important facilities including hospitals and schools, a substantial part of the Tigrayan population did not feel safe anymore and decided to flee.

The International Criminal Tribunal for the Former Yugoslavia (ICTY) clarified under which circumstances displacement constitutes a crime, stating that an absence of ‘genuine choice’ (Blagojevic, para. 596) renders displacement involuntary; a form of coercion must be present. This can be assumed when there are threats or the use of force, fear of violence or illegal detention, even where civilians ask to be transferred by the military. Although it is currently difficult to establish the actual motives of the belligerent parties vis-à-vis the Tigrayan population. However, since the overall situation – attributable to the military operation –, was a threat to Tigrayan civilians, they did not have a ‘genuine choice’, their options reduced to either staying in a destroyed hometown and fend for themselves or fleeing to survive, hoping for no troops or militias to cross their path. For Amhara militias engaged in the Ethiopian campaign claim that the Tigray region originally belonged to them. Their actions, including threats to kill Tigrayans who stayed in the conflict zones, coupled with previous ethnic tensions in Ethiopia, indicate an ambition to turn a mostly Tigrayan composition of the population into a homogenous Amhara one, strongly pointing to an intention for ethnic cleansing.

Ethiopia and Eritrea are member states of the International Covenant on Civil and Political Rights (ICCPR), the International Covenant on Economic, Social and Cultural Rights (ICESCR) and the African Charter on Human and People’s Rights (ACHPR). Both treaties prohibit the arbitrary deprivation of life in Articles 6 (1) and 4, respectively. The UN Human Rights Committee stated that the right to life “concerns the entitlement of individuals to be free from acts and omissions that are intended or may be expected to cause their unnatural or premature death, as well as to enjoy a life with dignity” and defined arbitrariness “more broadly to include elements of inappropriateness, injustice, lack of predictability, and due process of law, as well as elements of reasonableness, necessity, and proportionality”. The right to life thus covers not only direct killings, but also encompasses systematic looting of hospitals or denying humanitarian organizations access to conflict zones, such as is happening in Tigray, especially where it occurs based on ethnicity.

Among others, Eritrean and Ethiopian troops also potentially violate the prohibition of degrading treatment (Articles 7 ICCPR and 5 ACHPR), the right to liberty of movement and free choice of residence (Articles 12 ICCPR and ACHPR), violation of arbitrary interference with privacy and right of access to public service (Articles 17 and Article 25 (c) ICCPR), the right to an adequate standard of living (Article 11 ICESCR) and the right to property (Article 14 ACHPR).

Both states are also signatories to the Geneva Conventions (GCs), Ethiopia also having ratified additional protocols (APs) I and II regulating international (IAC) and non-international armed conflict (NIAC) respectively. The military clashes between Eritrea and TPLF can be considered an IAC, whereas the above-mentioned actions of Ethiopian armed forces and militias in Tigray are part of a NIAC. Eritrean atrocities against civilians potentially violate Article 32 (murder or corporal punishment) and Article 33 (pillage and reprisals against protected persons and their property) of GC IV on the Protection of Civilians whereas Ethiopia’s actions potentially violate Articles 4 Nr. 1, Nr. 2a), g) (murder, corporal punishment and pillage) and Article 13 AP II (prohibition to attack) as well as common Article 3 I a) and c) GCs (violence to life and person; outrages upon personal dignity).

However, neither Ethiopia nor Eritrea have ratified the ICC Rome Statute, so that international prosecution of government or (para)military leaders appears out of the question without any involvement from the UN Security Council.

Additionally, when it comes to law enforcement, it is difficult to enforce possible human right violations especially for the ACHPR, since no involved state ratified the protocol to the Charta regarding the African Court on Human and People’s Rights.

Given that these violations were most likely based on ethnic belonging and considering the reaction of the involved parties, which have only recently begun to acknowledge wrongful conduct of troops, particularly regarding sexual violence, it is only right to call them out and make them aware that the rest of the world is observing the situation closely. 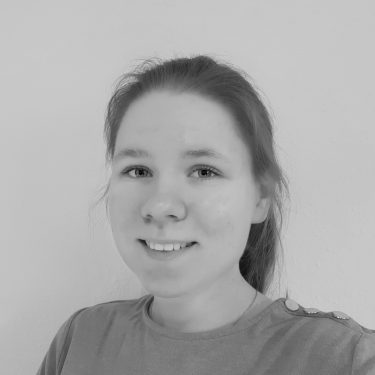 Jana Rattay is a legal trainee in Bochum, Germany.