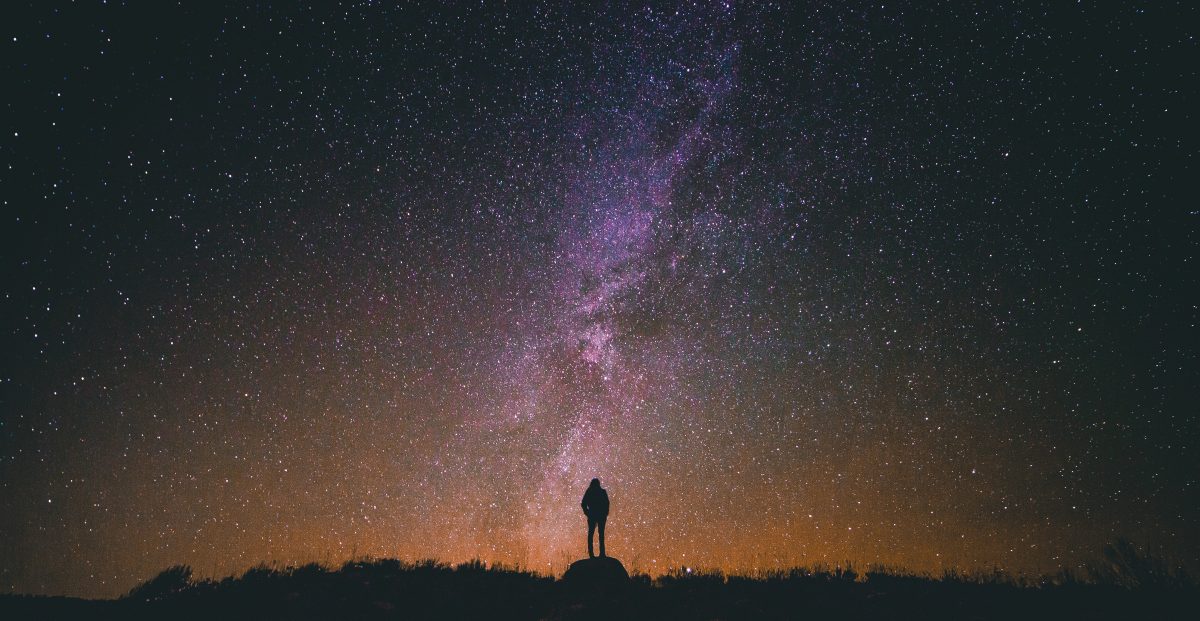 Welcome to today’s interview of the Völkerrechtsblog’s symposium ‘The Person behind the Academic’! With us, we have Prof. Fuad Zarbiyev, and through the following questions, we will try to get a glimpse of his habits, interests and sources of inspiration.

Welcome Prof. Zarbiyev and thank you very much for accepting our invitation!

If I am not mistaken, before you turned to academia, you used to work as a practitioner. What was it that brought you to academia and what made you stay?

After finishing my PhD, I did a post-doc at NYU and then practiced law in an international law firm in New York. Its religious undertone notwithstanding, I am a strong believer in the concept of calling/vocation in the literal sense of the latter: I strongly believe that everyone in this world is called on to do something for which they are cut out. What brought me to academia and made me stay was my firm conviction that a life of mind was my calling and the realistic assessment that academia is the closest thing to a life of mind in the current political economy of professions.

May I assume that if you were not academic, you would continue working as a practitioner?

I would most probably have pursued one of my other passions – creative non-fiction and politics. Those who only know me from my works would be surprised to hear that I am interested in politics, but I find it to be one of the noblest pursuits in the world.

It is indeed surprising! Is it the demanding schedule that has kept you from pursuing your other passions so far?

Politics is a full time occupation, but creative non-fiction can probably be reconciled with academic career. So do not be surprised if one day you come across a book seeking to theorize, for instance, the conditions of possibility and success of abnormal discourse / innovations / creativeness by me.

I remember that when I read your blogpost “Of Bullshit, Lies and ‘Demonstrably Rubbish’ Justifications in International Law”, I instantly thought that you must have a fascinating library. Could you share with us three non-legal books that have had a major impact on your work and way of thinking?

Wittgenstein once wondered how people could read the then famous philosophical periodical “Mind”, if they could read nice detective magazines. I also often wonder how one could read most legal writings when life is short and one could read Donald Barthelme’s “Some of Us Had Been Threatening Our Friend Colby”, Raymond Queneau’s “Exercises in Style” and other fabulous things instead.

Although I am not sure I can single out three specific books, I could certainly mention Nietzsche, Foucault and Richard Rorty as having had a major impact on my work and my way of thinking. In the category of fiction, which I value as much as non-fiction (you can learn much more about what may have made the horrors committed by the Nazi Germany possible by reading Jonathan Littell’s “The Kindly Ones” and about Putin’s Russia by reading Giuliano da Empoli’s “Le mage du Kremlin” than by reading most historians or political scientists), Kafka, Milan Kundera and JM Coetzee are the closest to my heart and have shaped my vision of the world significantly.

Could you share with us three books that have had a major impact on your perception of justice?

I am passed the age when one believes that one could learn anything both general and meaningful from books on justice. I recall, however, having been deeply affected by some reflections that I associate with justice in its concrete incarnation (which is the only form in which justice can exist and be meaningfully discussed).

One is from Milan Kundera: “True human goodness, in all its purity and freedom, can come to the fore only when its recipient has no power. Mankind’s true moral test, its fundamental test (which is deeply buried from view), consists of its attitude towards those who are at its mercy.” Kundera talks about animals here, but I would generalize this thought to any power relationship.

Another is Nietzsche’s comment in “The Gay Science” that the most humane thing in this world is to spare a person humiliation – I would add even when (or especially when) one thinks that one has legitimate grounds for humiliating a person. That’s a wonderful test of humanity very few people can pass.

My favourite place to read would be my bed – I love reading before going to sleep. That’s one of those rare moments I can read for pleasure rather than for ‘business’ (this basically means that books having to do with law are usually banned from my bed). I do not have a favourite place to write – I write slowly and painfully and where I write does not make much difference in this regard. What I need and should ideally be near me when I write to put myself in the mood to write are books that are full of beautifully crafted sentences (Virginia Tufte’s “Artful Sentences”, Lydia Davis’ essays and stories, Grace Paley’ stories, and Verlyn Klinkenborg’s “Several Short Sentences About Writing” are among my all-time favourites).

What is an energy and inspiration booster, at times when you do not have any?

The rather immodest hope that by doing the kind of work that I do, I satisfy Wittgenstein’s demanding test (“It is damned hard to write things that make blank sheets better”) and make a small contribution to a better understanding of the world. The aesthetic pleasure I derive from my love of good writing also inspires me. A beautiful title (e.g., “Nothing: A Preliminary Account”) or a well-crafted sentence (e.g., “He has a book of stories that will raise hair on parts of your body that don’t have hair.”) can make my day.

What is from your viewpoint the most difficult part of the academic life?

To make peace with the fact that just because academics lecture on noble ideals and other-regarding virtues does not mean that they are necessarily nice human beings and to deal with people who fanatically believe in their ideas. If I may add to the list, I would also mention the notion, quite popular with mainstream international law scholars, that you cannot engage in deconstruction unless you reconstruct after deconstructing. It is incredibly difficult to have a rational discussion with people who make this point, because they can barely tell the difference between deconstruction à la Derrida and deconstruction referred to in an advertisement in Five Guys burger stores (“What makes a Five Guy Burger so great? Let’s deconstruct one and find out!”). Foucault once called such statements “ministerial cabinet talk” – they should have no place in any serious intellectual discussion.

If you could, which unspoken rule of academia would you instantly erase?

I am temperamentally uncomfortable with any authority and have always found the very idea of academic seniority to be anathema: that would be the first thing I would ban from academia with all the rituals and mechanisms that go with it.

From the international law academia more specifically, I would ban the rarely articulated, but always- -present-in the background assumption that just because international lawyers deal with international matters, they are citizens of the world – cosmopolitan, non-parochial, nationally ungrounded and quintessentially internationally minded. Paraphrasing the most memorable line of Keyser Söze in Usual Suspects – the famous Devil quote (“The greatest trick the Devil ever pulled was convincing the world he didn’t exist”) – I would say that the greatest trick international lawyers ever pulled was convincing the world that they had no national preferences or allegiances. I was recently amused to see in a well-known international law blog two posts defending the view that there is no rule, written or otherwise, requiring that in the case of a casual vacancy on the ICJ, a candidate of the same nationality as the previous incumbent should be elected. I have limited intellectual interest in such trivialities, but I hope that the irony here was not lost on anyone: arguing that nationality doesn’t matter in a piece quite obviously written in support of the campaign of one’s countryman running for election must be quite a predicament.

Two persons who have passed away recently: Bruno Latour whose works before he became a self-appointed prophet of Gaia I admire a great deal and Jean-Pierre Bacri, an outstanding French actor, who always struck me as a genuinely kind human being, which is the highest distinction in my scale of values.

What is one question that one should never ask you?

Whether I could sign a petition or an open letter or join a movement, no matter how important the underlying causes may be. I care deeply about my fellow human beings and the world, but I am as individualistic as it gets when it comes to intellectual matters.

I am also constitutionally incapable of supporting anything or anyone in a position of domination. There is something inherently evil in domination and in victories that could secure domination. In a recent interview, Edgar Morin articulated a thought that I could wholeheartedly endorse as my motto:

What are you working on currently? What may we anticipate in the near future?

Thank you very much for participating in our symposium and for having taken the time to respond to our questions!

Thank you for the opportunity to talk about things we rarely talk about in the discipline. I should have disclosed at the outset that I do not believe that by taking our academic masks off, we reveal our real selves. We are never without our masks; it is just a matter of which mask we are wearing in any given circumstance: the mask of a colleague, of a parent, of a friend etc. Gore Vidal had the habit of disparagingly referring to President Reagan as “acting president”, ignoring that all presidents are “acting presidents” (you may be a natural-born American citizen, but you can’t be born as a “natural president”). There is no situation in which one is one’s genuine, ur-self. There is nothing one can do about it – that’s just our human condition. But it is already humiliating to be obliged to act; so at least, let’s act naturally. That’s what I have tried to do in this interview. 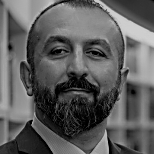