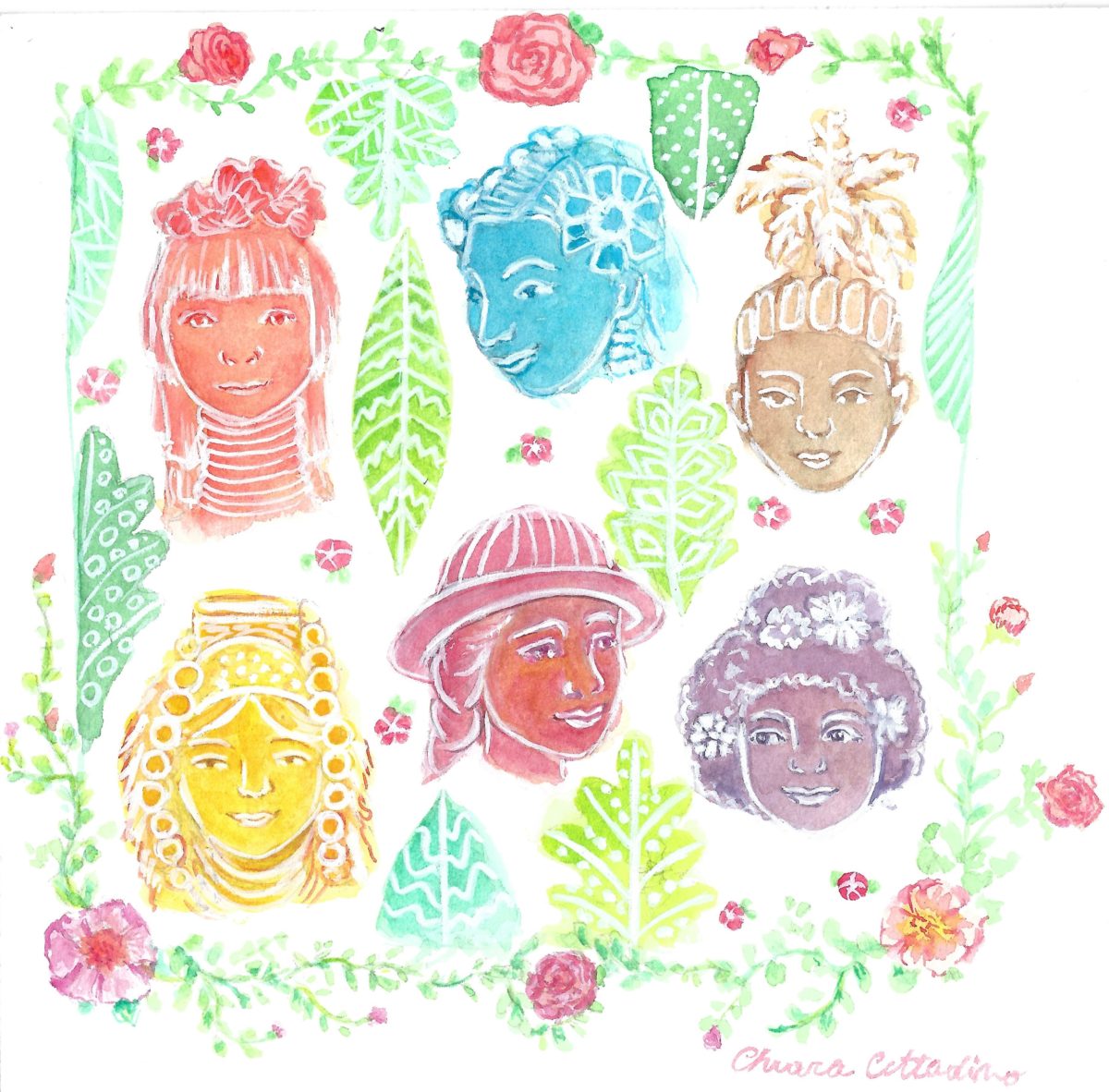 The book symposium on Federica Cittadino’s attempt to incorporate indigenous rights in international biodiversity law raised various theoretical and practical issues for international legal scholarship. But how is the link between these two legal regimes perceived from an Indigenous perspective on the ground? In this interview, Alexandra Tomaselli speaks with Daqui Lema Maldonado, an academic, cultural activist, and the Secretary of the Kichwa Cabildo of Otavalo in Ecuador, about the importance of national and international biodiversity law for the Kichwa Indigenous people as well as other Indigenous peoples in Ecuador. He also reflects on the current Covid-19 pandemic and its adverse effects on these peoples in Ecuador.

In your experience as Secretary of the Indigenous people of Kichwa Cabildo, how important is biodiversity for your people?

The Kichwa people of Otavalo have been one of the most important economic actors in the Ecuadorian region of Imbabura since pre-colonial times. Their main activities have included the production of textile, agriculture, and trade. Currently, the so called “communitarian tourism” represents one of the main sources for local development, especially in those rural areas where Indigenous peoples enjoy forms of de facto or de jure autonomies in their own territories. In this context, the Cabildo Kichwa of Otavalo is a new representative institution of urban Indigenous peoples. It was created in 2012 and it is in charge of a number of thematic competencies and coordination tasks at local level, one of which is “Environment and Health”. Also, in the urban context, biodiversity is extremely relevant for Indigenous peoples for the following twofold reason: First, eco‑tourism fosters communitarian tourism, and, consequently, enhances the cooperation networks between the urban and rural communities thus sustaining our economies. Second, Indigenous spirituality is in relation to biodiversity and natural resources and it constitutes a fundamental factor of Indigenous identity. In the case of the Kichwa Cabildo of Otavalo, we face the crucial challenge of continuing interacting with those families that maintain their relations with their communities of origin, and we therefore need to keep a broader approach to land beyond the borders of our urban jurisdiction.

What is your experience on the ground with conservation or natural protected areas? Do you think the international regime of biodiversity law can help Indigenous Peoples exercising their rights or not?

Although the region of Imbabura is not so extensive, we observe an important economic, cultural, and social division, also among the Indigenous peoples that live here. In this sense, the task of coordinating a vast range of different interests represents a crucial issue to understand whether the international regime of biodiversity law is truly effective at local level. In the last years, however, tourism has represented the key activity of convergence to build an Indigenous common project. Indeed, the region of Imbabura has been recently labeled as “Geopark” by UNESCO. This has raised a number of significant projects that are likely to provide benefit to Indigenous peoples in the coming years, if their forms of autonomy and cultures will be respected, as affirmed also by the Inter-American Court of Human Rights in other occasions (i.e., Sarayaku v Ecuador). However, the national extractive policies may adversely affect such crucial achievements. For instance, in the recent case of the Magdalena River Project (Proyecto Río Magdalena) the government of Ecuador has initially decided to grant to the international company Cornerstone and the national Empresa Nacional Minera (ENAMI EP) oil exploration concessions in the “Los Cedros” forest, which is very rich in terms of biodiversity. Local Indigenous and non‑Indigenous environmental activists launched different online and social media appeals to defend such territory. The Cotacachi autonomous government (Gobierno Autónomo Descentralizado – GAD) eventually filed a constitutional protection complaint (amparo/acción de protección) against the Ecuadorian Ministry for the Environment and the ENAMI EP enterprise. The Provincial Court of Imbabura ruled in favor of the applicants in June 2019 and, for the moment, the project has been suspended. However, the extractive activities apparently continue to go on. Indeed, in such cases, large companies such as those ones involved in this case have more effective and powerful instruments and thus tend to prevail. In a country such as Ecuador – where corruption and politics continue to promote the economic interests of international companies – the effectiveness and the implementation on the ground of the international regime of biodiversity law ultimately depend – and almost exclusively rely on – the claims and the advocacy carried out by Indigenous organizations themselves, sometimes in alliance with local activists.

The adoption of the new Constitution in 2008 has introduced new legal instruments to protect Indigenous Peoples in Ecuador to defend themselves from biopiracy. However, in relation to Biodiversity and Indigenous peoples, it is also necessary to take into account the interactions between the regional context and the international legal framework. The UN Convention on Biological Diversity (CBD) of 1992 is binding for Ecuador since its ratification and the entry into force in December 1993. However, the lack of ratifications by an economically powerful actor in Latin America such as the USA seriously compromises the overall protection of biodiversity in the whole subcontinent. For instance, well-known is the sad and unfruitful claim that was made by the Coordinating Body of Indigenous Peoples’ Organizations of the Amazon Basin (Coordinadora de las Organizaciones Indígenas de la Cuenca Amazónica – COICA) in 1994 against the registration of a patent over the Ayahuasca (a traditional Indigenous drink that was used in rituals and has psychoactive effects) by the United States Patent and Trademark Office. Since the CBD had not been ratified by USA, such registration was deemed to be legal. This further implies that, at the moment, anyone can patent Indigenous traditional medicines or remedies in USA without any legal consequence. This nullifies and renders the whole CBD system truly frustrating for Indigenous peoples in Latin America, who may be ultimately robbed of their traditional knowledge as in the case of the Ayahuasca. Moreover, at local level, another important issue relates to the new forms of tourism and Ayahuasca’s consumption, that have negative impacts on Indigenous communities, since such activities weaken and devalue their spirituality transforming such ritual into an object of “free market”.

In your capacity as an academic, how do you see the future of your people in these pandemic times that have showed how humanity is interlinked with Nature, as Indigenous peoples have taught for years?

This pandemic has had negative impacts not only in health and economics, but especially on the social capital of Indigenous peoples in Ecuador with regard to communitarian relations, cultural identity, local autonomies and territorial governance. Indigenous authorities, for instance, are more likely than others to be infected. This is important to note because, in the past months, their role in disseminating prevention information and measures, coordinating activities and resources from NGOs or other charity foundations, monitoring and reporting covid-19 cases, and controlling their ancestral territories has been absolutely crucial due to absence of the Ecuadorian state. We are currently witnessing the death due to covid-19 of some local Indigenous authorities, as well as of the elder Taitas and Mamas, who are the pillars of Indigenous traditional knowledge. In this sense, Indigenous peoples’ existence and survival is undermined by the ineffective management of this health emergency by the state authorities. Indigenous communities have a spiritual and respectful relation with their lands, but they also secure their daily livelihoods from such territories. This also means that some areas are sacred, and, in most of the cases, it is better to avoid access to such zones. The relationship with Nature and the knowledge that Nature preserves in herself, is something that humans have learned step by step, as (metaphorically) a person that tries to walk with closed eyes. However, capitalism and the anthropocentric relation with Nature represents a fast run (with closed eyes) while the knowledge coming from Nature walks at a different (slower) pace. Such fast approach is very risky, as covid-19 has shown. In front of this current pandemic, Indigenous peoples prefer to continue walking step by step and with closed eyes by showing and sharing the way on how to return to Nature.

Daqui Lema Maldonado has a MA degree in Human Rights and Multilevel Governance from University of Padua. He is Professor of International Law, Human Rights and Interculturality at the Pontificia Universidad Católica del Ecuador School of Law (Ibarra seat). He is also a member of the DEHUCS research group (Grupo de Investigación en Derechos Humanos y Control Social/Research Group on Human Rights and Social Issues), and member of the Research project “Learning Methodologies of Kichwa Language”. Last but not least, he is Secretary of the Kichwa Cabildo of Otavalo (Ecuador) and a cultural activist at local level.

Alexandra Tomaselli is a Senior Researcher at the Institute for Minority Rights of Eurac Research in Bolzano, Italy. She is also a member of the International Law Association’s Committee on the Implementation of the Rights of Indigenous Peoples.

Authors
Alexandra Tomaselli
View profile
Daqui Lema Maldonado
View profile
Share article
facebook twitter
Print article
Print
Submit your Contribution
We welcome contributions on all topics relating to international law and international legal thought. Please take our Directions for Authors and/or Guidelines for Reviews into account.You can send us your text, or get in touch with a preliminary inquiry at:
editorial-team@voelkerrechtsblog.org
Subscribe to the Blog
Subscribe to stay informed via e-mail about new posts published on Völkerrechtsblog and enter your e-mail address below.