On xenophobic policies and human rights

On 21 May 2019, the Commissioner for Human Rights of the Council of Europe published a report following her visit to Hungary from 4 to 8 February 2019. The report inter alia deals with the human rights situation of migrants and refugees in Hungary and discusses five points in this regard: inaccessibility of protection, violence and ill-treatment in connection with removals from the territory, detentions, treatment of unaccompanied minors under 14 years and xenophobia. The one point that might seem a bit odd here is the calling out of the Hungarian government for their “fueling of xenophobic attitudes, fear and hatred among the population” with its anti-immigrant stance and rhetoric. Such xenophobic attitudes might result in physical violence and thus in detrimental effects on human rights. Despite the fact that the causal link is probably mostly too indirect to give rise to actual legal responsibility of states, in light of an ever-growing number of governments endorsing policies based on exclusion and identity politics, we would like to take this opportunity to share some general thoughts on the human rights implications of government policies and rhetoric leading to xenophobia.

Proof that xenophobia is relevant to international human rights law comes, perhaps most evidently, in form of the International Convention on the Elimination of All Forms of Racial Discrimination (ICERD) of 1965 with its 181 state parties. Art. 1(1) ICERD defines “racial discrimination” as “any distinction, exclusion, restriction or preference based on race, color, descent, or national or ethnic origin which has the purpose or effect of nullifying or impairing the recognition, enjoyment or exercise, on an equal footing, of human rights and fundamental freedoms’. Art. 2 ICERD then does not only prohibit states parties from engaging in acts or practices of racial discrimination, but also obliges them to “take effective measures to review governmental, national and local policies” with a view to “eliminating racial discrimination in all its forms and promoting understanding among all races”.  A fortiori, governments must not actively fuel xenophobic or discriminatory attitudes. It is, however, important to point out that the scope of ICERD is limited in that it does not apply to distinctions made between a state’s own nationals and foreigners, Art. 1(2) ICERD, and that the assessment of violations of ICERD always depends on a careful analysis of the circumstances of a given case.

Do more general human rights instruments have something to say about governmental policies and rhetoric fueling xenophobia? To answer this question, we look to the extensive jurisprudence of the European Court of Human Rights on the issue of hate speech. In Glimmerveen and Hagenbeck v. The Netherlands for example, the European Commission on Human Rights held that the European Convention on Human Rights (ECHR), according to its Art. 17, does not permit relying on the right to freedom of expression to spread the racially discriminatory idea of expelling all non-white people from a state. Such an idea was “contrary to the text and spirit of the Convention and, if granted, would contribute to the destruction of […] rights and freedoms”. Here, the Commission referred mainly to discrimination prohibited under Article 14 ECHR. If the applicants were able to spread their ideas freely, the Commission held, this “would certainly encourage […] discrimination”. The European Court of Human Rights has reaffirmed its general assessment that the spreading of hate does not deserve the Convention’s protection in more recent judgments as well (see for example Pavel Ivanov v. Russia, M’Bala M’Bala v. France and Norwood v. UK).

Such judgments do, of course, concern constellations different from those we are considering here and it would be a technical mistake to infer that whatever individuals can be prohibited from despite their right to freedom of expression, is prohibited for states under the Convention. However, states are obliged to protect individuals from detrimental effects on their human rights inflicted by third parties. Frédéric Mégret describes this “protect” dimension as “akin to creating an environment in which rights are enjoyed” (see here, p. 97). It is against the backdrop of this dimension of human rights obligations that one can make another a fortiori argument: If states must prevent behavior that can lead to human rights violations like discrimination, they must be all the more careful not to engage in such behavior themselves. This is especially true as wide-spread xenophobic attitudes and hatred amongst a population does not only lead to discrimination but can quickly result in violent attacks on the physical integrity and even the lives of those against whom such hatred is directed. Thus, government policies and rhetoric fueling xenophobia always bears the risk of turning the “environment in which rights are enjoyed” into an environment in which rights are feared for.

Whether xenophobic policies actually violate international human rights law always depends on a careful analysis of each individual case and the thresholds that have to be met. But our brief overview of some relevant law shows how strongly at odds such policies are with human rights. So, those who exercise public power should always be aware of their responsibilities towards everyone under their jurisdiction.

Benedikt Behlert is research associate and PhD candidate at Ruhr University Bochum’s Institute for International Law of Peace and Armed Conflict (IFHV). Vanessa Bliecke is student assistant at the IFHV. 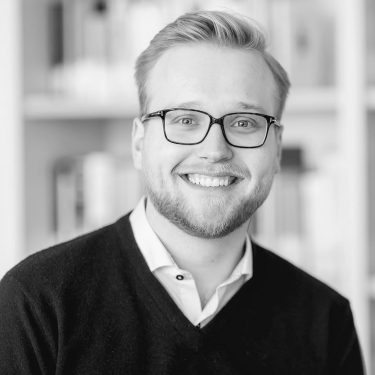