“No quarter for insurrectionists”

As protests against police brutality and systemic racism have broken out in the United States following the murder of George Floyd, American politicians’ rhetoric has taken on a militant tone to counter the citizens’ Constitutional right to protest. In a call to U.S. Governors, President Trump admonished states for being too lax in their response and encouraged them to respond in such a way that would send protestors to ”jail for long periods of time.” Senator Tom Cotton of Arkansas strongly echoed Trump’s tone calling for an escalating militarization of the situation on June 1st by posting two tweets:

“Anarchy, rioting, and looting needs to end tonight. If local law enforcement is overwhelmed and needs backup, let’s see how tough these Antifa terrorists are when they’re facing off with the 101st Airborne Division. We need to have zero tolerance for this [next tweet] And, if necessary, the 10th Mountain, 82nd Airborne, 1st Cav, 3rd Infantry—whatever it takes to restore order. No quarter for insurrectionists, anarchists, rioters, and looters.”

He was quickly called out for his use of the term “no quarter”, which is used most often to describe warfare carried out in such a lethal and unrestrained way that no prisoners would be taken, or enemy wounded left behind. Cotton defended his tweet, writing that the phrase was metaphorical (here and here) and citing other metaphorical uses of the term. However, as a veteran of the wars in Iraq and Afghanistan, he likely knew how the phrasing “no quarter” would be understood within the context of a proposed military solution against “insurrectionists.”

“No quarter” practices are illegal under International Humanitarian Law (IHL) and clash with historical social and political norms related to warfare. Article 23 of the Hague Convention and customary IHL prohibit the practice, not least because of its indiscriminate nature. Consequently, the U.S. Army Manual on the Laws of Armed Warfare forbids not only the practice of utilizing “no quarter” but also the spreading of information or propaganda about its use. The practice is considered so abhorrent that in combat, it would likely constitute a war crime under Article 8 of the Rome Statute (Dörmann, 2003, p. 480-1). The current unrest in the United States does not meet the prerequisites to be considered an armed conflict and render IHL applicable. However, the idea of restraint in the use of force reflected in the rules prohibiting “no quarter” is central to other fields of international law, too, most importantly for the issue at hand in international human rights law (IHRL). Thus, the practice is clearly at odds with international human rights law, and the human rights implications of the statements warrant a closer look.

The Human Rights Committee’s (HRC) General Comment 36 on Article 6 of the International Covenant on Civil and Political Rights, on the right to life underscores that law enforcement operations, even those carried out by the military, should be “adequately planned in a manner consistent with the need to minimize the risk they pose to human life.” Later, in the same General Comment, it is suggested that “less-lethal force” be used only sparingly against the right to peaceful assembly and “less harmful means” would better guarantee respect for human rights. Here, “less-lethal force” means the use of force and weapons that are not as deadly as firearms with live ammunition, such as tear gas, pepper balls, and rubber bullets. Their label of being “less-lethal” does not, however, mean that they cannot be deadly or injurious. Balancing precaution with the use of force is also reflected in the Code of Conduct for Law Enforcement Officials and Basic Principles on the Use of Force and Firearms by Law Enforcement Officials. Beyond the rhetoric, potential violations of human rights by the police in response to the protests have already been cited by Dr. Agnes Callamard in the Washington Post. Her critique highlights the current disparities between U.S. laws governing the use of force by police and international standards on the concept. The argument that U.S. standards do not match standards outlined in IHRL has already been made, with special attention given to the contradictions between “reasonableness” and “necessity” and the focus of restraint on “lethal force,” even though “less-lethal force” also falls under same restrictions of necessity according to IHRL. Yet, even when viewed through the frame of “reasonableness” instead of “necessity,” one must ask themselves whether Senator Cotton’s comments meet the standard. Comments from a leading political figure calling for “no quarter” for the protestors could not only legitimize further instances of excessive use of force by law enforcement but also potentially incite violence against the “insurrectionists”, while it is really this figure’s duty to de-escalate situations of violence, especially when police or other state agents are involved.

With all this in mind, should one choose to accept that there is a literal and metaphorical understanding of “no quarter,” as Senator Cotton suggests, it is hard to see how either would respect the rights of the protestors. Given its absolute nature, “no quarter” exceeds not only the use of necessary force but also the use of reasonable force by willfully ignoring the context and the individuals in it. In war, “no quarter” means no matter what happens as an attack develops, the attack should be carried out indiscriminately and leave no survivors. The mercilessness of the use of force in this instance constitutes a blatant disregard for the protections against “arbitrary” depravation of life emphasized in IHRL. Using force against an individual who is already incapacitated or restrained and poses no threat contradicts the norms found in IHRL and those found acceptable in U.S. use of force in law enforcement.

President Trump has done little to de-escalate either. His call to designate ANTIFA as a terrorist organization and attempts to tie ANTIFA and anarchists to looting during the protests, does little to change the situation on the ground. There is no indication that there are any active armed actors with the structures or capabilities for a sustained and organized military campaign, as suggested by Additional Protocol II or the Haradinaj Case. However, President Trump’s remarks on the evening of June 1st called for further militarization to counter the current unrest – a move that would be highly problematic in respect of “necessity” central to IHRL. On June 3rd, The New York Times published an op-ed written by Senator Cotton, reiterating his call for military to aid law enforcement. While Senator Cotton did not strike as extreme a tone as in his earlier comments, this advocacy must be viewed skeptically within the context of his previous comments. The rhetoric of Trump and Cotton is not the only reason to doubt the Trump administration’s respect for international norms in response to these protests. A military helicopter with the protected Red Cross symbol was seemingly used in an offensive manner to disburse protestors in Washington, D.C.. Likewise, President Trumps’ previous comments and actions in reference to the landmine ban and families of fighters in the Middle East cast doubts as to Trump’s willingness to encourage respect for IHRL in general. The President’s tweet at the outset of the protests stating that when the “looting starts, the shooting starts” further underscores this. It is thus imperative that all politicians and military commanders in the U.S. continue to weigh legal and humanitarian considerations into their decision-making to avoid unnecessary suffering despite such violent rhetoric.

However, the issues observable in these protests extend far beyond the rhetoric used. The murder, which incited the protests, is a single example of excessive use of force by law enforcement and discrimination in how the force is used. But it is not the only example that has been documented by cell phone video and witness statements. The systemic racism festering in law enforcement and other institutions in the U.S., which created an environment where the murders George Floyd, Breonna Taylor, and too many others occurred, are examples of failures to live up to commitments in IHRL on racial discrimination and potentially the shortcomings of existing treaties to chip away at less salient forms of racism. These issues have already been explored and remain an issue that has to be dealt with at a political level. Current calls from protestors to defund or reform the police reflect this. Yet, as long as political leaders in the U.S. use rhetoric calling for the use of force beyond what is acceptable according to international norms, it is hard to imagine that the U.S. will be willing or able to make practical steps toward meeting, let alone improving, IHRL standards on the use of force. 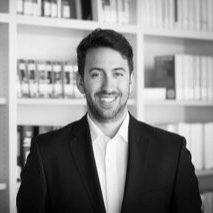