On the protection of outer space as part of the environment

This Bofax is the second part of a two-part series – inspired by India successfully testing an anti-satellite (ASAT) missile against an Indian satellite and thereby causing space debris – that deals with selected issues revolving around the use of ASAT missiles against satellites of other states.

When space objects such as satellites are destroyed, a cloud of particles of different sizes, known as space debris, remains. This debris can collide with and destroy other space objects and cause more space debris. The international community is aware of the problems that space debris may cause and pleads for its mitigation. The mitigation of space debris is however not explicitly addressed in outer space law. Existing space debris mitigation guidelines are not legally binding. This Bofax will thus look at outer space law searching for links to environmental protection on the one hand and reflect on the application of environmental protection norms in international humanitarian law (IHL) to space debris on the other hand – ultimately, ASAT missiles are designed for the use against satellites of other states, which may happen within or start an internationally armed conflict.

As far as outer space law is concerned, there are no provisions directly dealing with the mitigation of space debris. While Article IX of the Outer Space Treaty (OST) touches upon the protection of the environment, it focuses specifically on the contamination of celestial bodies – as compared to outer space in general – and explicitly on the environment of the earth. It does not address the contamination of outer space as such.

For the purposes of ius in bello, it must first be assessed if the relevant provisions even apply in outer space, considering that most of the rules codifying ius in bello stem from a time in which spaceflight was unimaginable and many of the rules seem to have been drafted with specific battlefields in mind. Even Article 49 III of the First Additional Protocol to the Geneva Conventions (AP I), which entered into force years after the first moon landing, seems to limit the scope of its application with regard to the provisions protecting civilians including the environment to „any land, air or sea warfare which may affect the civilian population, individual civilians or civilian objects on land“ in. There are, however, no indications for the intentional exclusion of outer space. IHL norms are intended to apply to situations of armed conflict, already binding conflicting states outside of their own territory. Considering the object and purpose of IHL to mitigate human suffering in times of armed conflict, it is only reasonable to apply IHL in outer space contexts, especially its core principles, since civilians can be harmed from, through and in some capacities also in outer space. Furthermore, both the Geneva Conventions and their First Additional Protocol proclaim in their common Article I that states undertake to respect and ensure respect for the norms of IHL in „all circumstances„. At the very least, Article III OST provides that states may explore and use outer space only in accordance with international law and thus prevents a circumvention of law applicable on earth by using outer space.

Article 55 AP I provides that „care shall be taken in warfare to protect the natural environment against widespread, long-term and severe damage„. While outer space can be considered ’natural environment‘, it is highly debatable whether space debris can be considered damage per se and whether it is considered widespread due to its orbit. Also, the purpose of Article 55 AP I is the protection of the environment as a means of protecting the civilian population which is not necessarily affected by space debris which does not reach earth or collide with manned space objects.

This short analysis shows that effective mitigation of space debris is arguably not yet adequately guaranteed in international law – neither in times of peace nor of armed conflict. 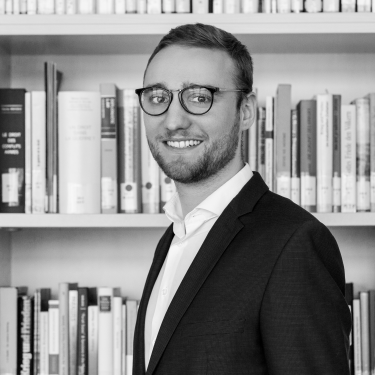