All eyes on the Court

On the ICJ hearings on provisional measures in The Gambia v. Myanmar

Whilst Myanmar’s treatment of the Rohingya minority has long been subject to public scrutiny, in November news broke that The Gambia instituted proceedings against Myanmar before the International Court of Justice (ICJ) under Article IX of the Convention on the Prevention and Punishment of the Crime of Genocide (Genocide Convention) for the alleged genocide against the Rohingya Muslim minority. Last week’s hearings were confined to The Gambia’s request for provisional measures and did not concern the merits of the case. This post provides a general overview of the provisional measures requested.

The Gambia’s request for provisional measures forms part of its application instituting proceedings of 11 November 2019 against Myanmar. The Gambia argues in the first paragraph of the 46-page application that the request serves the protection of “the rights invoked herein from imminent and irreparable loss” (para. 1). Seeking to establish the measures’ urgency through an account of the events in Myanmar, the application details the commencement and resumption of the so-called “clearance operations” in 2016 and 2017 and alleges the continuation of genocidal acts committed against members of the Rohingya. The Gambia holds that these “clearance operations” resulted in the systematic perpetration of violence, murder, disappearances, sexual assault, rape, and detainment of and against members of the Rohingya and their property, including their private homes, places of worship, and madrassas. The first part of the operations started on 9 October 2016 and lasted for four months. After declaring their end on 16 February 2017, the “second wave” (para. 73) of the operations formally resumed on 25 August 2017. The application recounts these atrocities by relying on the findings of the UN Independent International Fact-Finding Mission on Myanmar that include interviews excerpts. Its latest report, published in September 2019, asserted “reasonable grounds to conclude […] that there is a serious risk that genocidal actions may recur” (para. 90).

Pursuant to Article 74 (1) of the Rules of the Court, a request for provisional measures takes priority over all other cases. The ICJ’s power to indicate provisional measures is laid down in Article 41 of the Statute of the ICJ. The provision reads that the Court has the power to indicate any provisional measures necessary to “preserve the respective rights of either party”. Identifying such rights, the application specifies the protection of “the rights of all members of the Rohingya group who are in the territory of Myanmar […] from the genocidal acts prohibited under the Convention” (para. 126). The application further cites the erga omnes partes rights The Gambia has under the Genocide Convention (para. 127).

On the first day of the oral hearings, The Gambia inter alia emphasised the need for specificity and clarity should the Court order provisional measures (CR 2019/18, p. 66, para. 5; p. 70, para. 21). Recalling the events in Srebrenica, that occurred in spite of the Court’s order of provisional measures in Case Concerning Application of the Convention on the Prevention and Punishment of the Crime of Genocide (Bosnia and Herzegovina v. Yugoslavia (Serbia and Montenegro)), and underlining that genocide is not a single act occurring at once (CR 2019/18, p. 69, para. 17), the Court was urged to identify and articulate a non-exhaustive list of particular genocidal acts (CR 2019/18, p. 70, para. 21).

During the hearings, Myanmar responded to and rebutted The Gambia’s application and oral arguments, contesting the facts presented and the request for provisional measures. Arguing that the events formed part of an internal armed conflict, Aung Sang Suu Kyi, acting as Agent, described them as a “complex situation”, asking the Court to “bear in mind […] the challenge to sovereignty and security in our country” (CR 2019/19, p. 16, para. 16 f.). It appears that Myanmar sought to convey that the events were already being investigated internally, conceding that “possible war crimes” occurred (CR 2019/19, p. 16, para. 17 f.).

It is important to recall that a decision to indicate provisional measures in this case does not require the ICJ to find a breach of the Genocide Convention. In line with Questions relating to the Obligation to Prosecute or Extradite (Belgium v. Senegal), the Court’s decision to order provisional measures will be, inter alia, premised on its satisfaction “that the rights asserted by a party are at least plausible” (para. 57). This was evidently a contested issue between the parties. Myanmar inter alia argued that the Court ought to decide – in ordering provisional measures – whether genocidal intent is the only inference that can be drawn from Myanmar’s treatment of the Rohingya, thereby excluding the possibility that crimes against humanity occurred (CR 2019/19, p. 26, para. 15 f.). The Gambia disagreed, arguing that the Court does not necessarily need to characterise all acts as genocidal, but merely infer genocidal intent from some of the acts before them (CR 2019/20, p. 31, para. 7). Furthermore, it maintained that only because another inference could be drawn, does not prevent the Court from ordering provisional measures, emphasising that “[p]lausibility is not a zero-sum game” (CR 2019/20, p. 31, para. 7).

Myanmar requested the Court to remove the case from the list or, alternatively, to reject the request for provisional measures (CR 2019/21, p. 36, para. 7). In accordance with Article 75 (2) of the Rules of the Court, the ICJ is not bound by the measures requested and may decide to “indicate measures that are in whole or in part other than those requested“. Provisional measures are ordered if the Court sees a number of requirements met, discussed here in the context of the present case. These pertain to prima facie jurisdiction, the plausibility of the asserted rights and a link between the rights the application is seeking to protect and the requested measures, and a risk – both real and imminent – of irreparable prejudice requiring urgency. Following the hearings, the Court now has begun its deliberations. If it decides to order provisional measures, they are binding (La Grand case (Germany v. United States of America, para. 102)).

Laura Hofmann is a research associate at Ruhr University Bochum’s Institute for International Law of Peace and Armed Conflict (IFHV) and doctoral candidate at the Institute of Development Research and Development Policy (IEE). 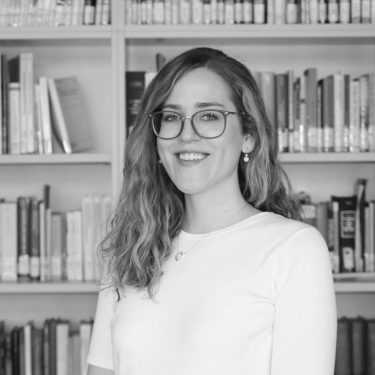 View profile
Share article
facebook twitter
Print article
Print
Submit your Contribution
We welcome contributions on all topics relating to international law and international legal thought. Please take our Directions for Authors into account.You can send us your text, or get in touch with a preliminary inquiry at:
editorial-team@voelkerrechtsblog.org
Subscribe to the Blog
Subscribe to stay informed via e-mail about new posts published on Völkerrechtsblog and enter your e-mail address below.